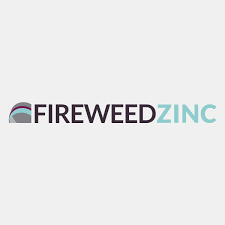 New drill results are as follows:

TS18-005 and TS18-008 were drilled in the high-grade, feeder-proximal, south end of Tom West.  These holes infilled an area that was previously drilled in 1970 from underground exploration drifts using small diameter core (30.1 mm AX) with significant intervals of core loss and poor recovery resulting in unrepresentative low grade results.  Modern triple-split tube drilling in 2018 ensured that recoveries were excellent within the reported intersections: 92.9% and 94.9% average recovery in holes TS18-005 and TS18-008, respectively, and higher grades. Results from drill hole TS18-004 were previously reported from the Tom East Zone and included 21.1% zinc, 13.5% lead and 243 g/t silver over 16.41 metres (see Fireweed news release dated September 20, 2018 for details). Drill holes TS18-001 and TS18-006 both intersected a fault zone and did not test the Tom West mineralization.

TS18-002 was a step-out hole, testing the down-dip projection of the Tom West Zone, outside the boundary of the current Mineral Resource.  The hole intersected 12.57 metres of laminated sulphide-barite mineralization grading 4.33% zinc, 0.14% lead, and 1.3 g/t silver.

TS18-007 was drilled adjacent to historic 1951 hole TS001 at a slightly steeper angle.  Higher grades over a thinner interval of mineralization were encountered in this 2018 hole.

Brandon Macdonald, CEO, stated “The Tom West Zone hosts the largest tonnage in our Mineral Resource and it continues to produce excellent drill results. We are especially pleased with results from drill holes TS18-005 and TS18-008 which tested areas where historic drilling reported lower grade results due to low core recoveries but where modern drilling technology resulted in excellent core recoveries and showed those parts of the zone to be much higher grade than historically reported.”

Notes on sampling and assaying:

The drill core logging and sampling program is carried out under a rigorous quality assurance / quality control program using industry best practices. Drill intersections are all HQ3 (split tube) size core (61.1mm / 2.4-inch diameter) with recoveries typically above 85%. After drilling, the core is logged for geology, structure and geotechnical characteristics, marked for sampling, and photographed on site. The cores for analyses are marked for sampling based on geological intervals with individual samples 1.5 meters or less in length. The core is cut in half lengthwise with a rock saw at the core facility on site, with half-core samples bagged and sent by reliable transport to the laboratory, and the other half-cores are stored on site for future reference. Intersections selected for metallurgical testing are cut in half with a rock saw and then quartered; one quartered core is archived on site, one quartered core is sent for assay, and the half-core is sent for metallurgical testing. A total of 5% assay standards and 5% blanks are inserted into every sample shipment as a quality control measure and, after analyses were received, were found to be acceptable.  Samples are sent to the Bureau Veritas (formerly Acme Labs) preparation laboratory in Whitehorse, Yukon where the samples are crushed and pulverized to 85% passing 200 mesh size pulps. A 250-gram split of each pulp is then sent to the Bureau Veritas laboratory in Vancouver, B.C. and analyzed by 1:1:1 Aqua Regia digestion followed by Inductively Coupled Plasma Mass Spectrometry (ICP-ESI/ICP-MS) multi-element analyses (BV Code AQ270). All samples are also analyzed by lithium borate fusion and X-ray fluorescence analysis (XRF) finish (BV Code LF725). Over-limit Pb (>25.0%) and Zn (>24.0%) were analyzed by lithium borate fusion with XRF finish (BV Code LF726). Silver is reported in this news release by method AQ270, and zinc and lead are reported by LF725 or LF726. Bureau Veritas (Vancouver) is an independent, international ISO/IEC 17025:2005 accredited laboratory.

Technical information in this news release has been approved by Gilles Dessureau, P.Geo, Vice President Exploration and a ‘Qualified Person’ as defined under Canadian National Instrument 43‑101.

Fireweed Zinc is a public mineral exploration company focused on zinc and managed by a veteran team of mining industry professionals. The Company is advancing its large 470 km2 Macmillan Pass Project in Yukon, Canada, which is host to the 100% owned Tom and Jason zinc-lead-silver deposits with recently announced Mineral Resources and a PEA economic study (see Fireweed news releases dated January 10, 2018 and May 23, 2018 respectively and reports filed on www.sedar.com for details). The project also includes option agreements on large blocks of adjacent claims (MAC, MC, MP, Jerry, BR and NS) which cover projected extensions of mineralization from the Jason area and areas where previous exploration identified zinc, lead and silver geochemical anomalies in critical host geology.