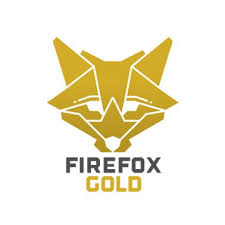 FireFox Gold Corp. (TSX-V:FFOX) is pleased to report that it has completed its earn-in requirements and exercised the option for a 100% interest in the Jeesiö Gold Project in Lapland, Finland. The exercise comes more than six months ahead of schedule.

FireFox Chairman Patrick Highsmith commented, “Jeesiö is one of our core projects, occupying approximately 142km2 right in the heart of Finland’s new gold rush, with exciting targets at both the Utsamo and Kataja zones. Having completed a significant exploration program in 2020 and in position to secure our ownership, it makes perfect sense to exercise the option now. Our next program is a detailed bottom-of-till sampling program and we are planning to follow that with more core drilling in the spring.”

FireFox entered into the RJY option agreement with Magnus Minerals Ltd for the Riikonkoski, Jeesiö, and Ylöjӓrvi gold projects in August of 2017. In order to complete the option, FireFox was required to issued six million common shares and make cash payments of C$250,000 to Magnus, and to incur C$2.5 million in exploration expenditures on the projects. Magnus had extended the dates for expenditures and payments so that the final commitments were not due until August 31, 2021. FireFox met its expenditure requirements in December 2020, and with C$100,000 left in cash payments, due February 28th and August 31st, 2021, elected to complete the payments immediately and exercise the option. FireFox is obligated to pay Magnus an additional payment, equal to the value of 1,000 troy ounces of gold, within 12 months of the commencement of commercial production from the properties. In addition, Magnus retains a 1.5% net smelter return royalty (“NSR”), which may be reduced to 1% by the payment to Magnus of 1,000 troy ounces of gold within 90 days of publishing a positive feasibility study. FireFox maintains the Riikonkoski and Ylöjӓrvi Projects but they are not currently a focus for the Company.

The Jeesiö Gold Project covers approximately 142km2 of the prospective Central Lapland Greenstone Belt, proximal to other exciting recent gold discoveries in Finland. The Jeesiö properties are positioned along the major regional structure known as the Sirkka Shear Zone, a trans-crustal structure that controls the emplacement of most of the orogenic gold deposits in Lapland. The main Jeesiö targets include the Utsamo and Kataja Belt areas. Utsamo is situated directly between Aurion Resources’ Risti and Launi gold occurrences, while Kataja is only two kilometres southwest from the gold-bearing quartz-sulfide vein system at Launi.

FireFox Gold Corp is listed on the TSX Venture stock exchange. The Company has been exploring for gold in Finland since 2017 where it holds a project portfolio that includes over 170,000 hectares of prospective ground.

Finland is one of the top mining investment jurisdictions in the world as indicated by its multiple top-10 rankings in recent Fraser Institute Surveys of Mining Companies. Having a strong mining law and long mining tradition, Finland remains underexplored for gold. Recent exploration results in the country have highlighted its prospectivity, and FireFox is proud to have a Finland based CEO and technical team.