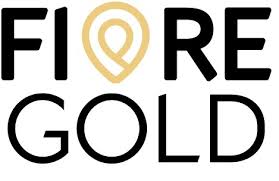 Tim Warman, Fiore’s CEO commented, “Our team at the Pan Mine had another excellent year, with gold production within our guidance range and 21% higher than 2018 while continuing to maintain our high standards for safety and environmental protection. Gold production in Q4 decreased relative to Q3 in part due to placing lower grade ore as well a slower ramp-up of the crusher than we anticipated. However, tons crushed per day consistently increased through the quarter and as ore placement on the leach pad returns to planned levels, gold production is expected to likewise return to planned levels over the first quarter of FY/2020. The change from ROM to crushed ore marks the last major operational change at Pan, and the focus is now on our adjacent Gold Rock project which we intend to advance rapidly towards development and production. A PEA will be completed by year-end, and our plan is to transition directly from a positive PEA to a full Feasibility Study with the goal of arriving at a construction decision by mid-2021.”

Quarterly and full-year production numbers for the Pan Mine are shown in the table below:

Q4 gold production was impacted by lower gold grades in the second half of the year in line with the mine plan. Additionally, Q4 ore mining rates and placement of crushed ore on the leach pad were lower than planned as we worked to achieve consistent crusher availability and throughput. Tons crushed per day consistently increased through the quarter. As ore placement on the leach pad returns to planned levels, gold production is expected to likewise return to planned levels over the first quarter of FY/2020. With 2019 production finishing 21% over 2018, we will look to build on the positive momentum heading into 2020 when we expect to see increased gold recoveries and production with a full year of placing predominantly crushed ore on the leach pad.

A new drilling program aimed at increasing the resource and reserve base and extending the mine life at Pan commenced in September 2019. The program will consist of approximately 10,000 m of reverse circulation drilling and may also include some diamond core holes. Once the drilling is complete, a new resource estimate will be carried out by our independent geological consultants and a new life of mine plan will be prepared by mid-2020.

At Gold Rock, work on the PEA continues to progress well with approximately 10,000 m of RC drilling now complete and a further 1,800 m of core drilling expected to wrap up by the end of October. Results for 17 of the 32 RC holes have been released to date, with the remaining holes in process at the assay lab. Drilling has encountered thick intervals of oxide gold mineralization both within and outside of the current resource pit shells and has shown that mineralization continues through a lightly drilled gap in the current resource.

The drilling program, resource update and ongoing metallurgical testing is part of a detailed development plan for Gold Rock that lays out the activities and schedule required to advance the project towards production. The plan aims to arrive at a construction decision by mid-2021, assuming successful completion of these activities and a positive feasibility study. Based on its experience operating the nearby Pan Mine, the Company intends to proceed directly from the PEA to a Feasibility Study in order to shorten the development timeframe.

The Gold Rock development plan will look to leverage the infrastructure and workforce at the adjacent Pan Mine to the greatest extent possible, in particular the existing Pan power line and the access road from Highway 50. We are also evaluating opportunities to reduce capital, operating expenses and environmental impacts by using the Pan ADR plant and assay lab.

Our corporate strategy is to grow Fiore Gold into a 150,000 ounce per year gold producer. To achieve this, we intend to: