Filo Mining Corp. (TSX: FIL) (Nasdaq First North Growth Market: FIL) (OTCQX: FLMMF) is pleased to announce assay results from holes FSDH062 and FSDH064 at the Filo del Sol Project in San Juan, Argentina. These holes were drilled into the Aurora Zone and were collared approximately 420m apart. Highlights and detailed results are shown below along with accompanying figures:

Commenting on the results, Jamie Beck, President, and CEO stated, “With mineralization starting near surface, Holes 62 and 64 showcase the continuity of strong mineralization within the Aurora Zone. These resource definition holes are important as we build confidence in our geologic model and enhance our understanding of the deposit. Many of the Aurora Zone holes which we collared during the Austral winter campaign are now well over 1,000 metres in depth and should be wrapping up shortly. We will look to deploy these rigs further afield as we begin some of this season’s step-out drilling.”

FSDH062 was drilled along the eastern edge of the Aurora Zone, was collared on Section 8900N, and was drilled towards the west at an angle of -70 degrees. The hole intersected rhyolite country rock down to a depth of 412m where it transitioned into the main breccia unit which hosts most of the high-sulphidation epithermal mineralization at Filo del Sol and represents the best grade interval in this hole. Porphyry intrusive rocks representing more than one phase were intersected from about 900m to 1,317m where another breccia unit continued to the end of the hole. The hole was collared at the eastern edge of the current mineral resource and is entirely outside it.

FSDH064 was drilled on Section 8800N as an infill hole, filling the 300m gap formed between holes FSDH048 and FSHD058 (Section 8700N) to the south, and FSDH032 (Section 9000N) to the north. It tested an area which has particularly high-grade mineralization in the shallow, oxidized part of the deposit. The hole was pre-collared using a reverse-circulation drill as hole VRC179 to a depth of 350m and continued as a diamond drill hole below this depth. This hole was collared 100m south and 400m west of FSDH062, with the separation between the two holes starting at 422m and ending at 306m.

FSDH064 intersected the silver zone from 306m to 385m, correlating well with adjacent holes. This zone occurs within the main breccia phase which continues to a depth of 564m before transitioning to the porphyry intrusive.  The porphyry interval here also correlates well with adjacent holes, continuing to a depth of 1,194m before transitioning again to breccia which continued through to the end of the hole.

This hole is within the current mineral resource to a depth of 438m, intersecting grades that are consistent with the resource block model, although the silver zone here is thicker and higher-grade than expected.

The pace of drilling on site is accelerating as we add rigs into the program. Drilling will remain a mix of both large and small step-outs to the north and south of our current interpretation of the Aurora Zone, as well as resource definition drilling within it.

Assay results for completed holes will be released as they are received, analyzed, and confirmed by the Company. 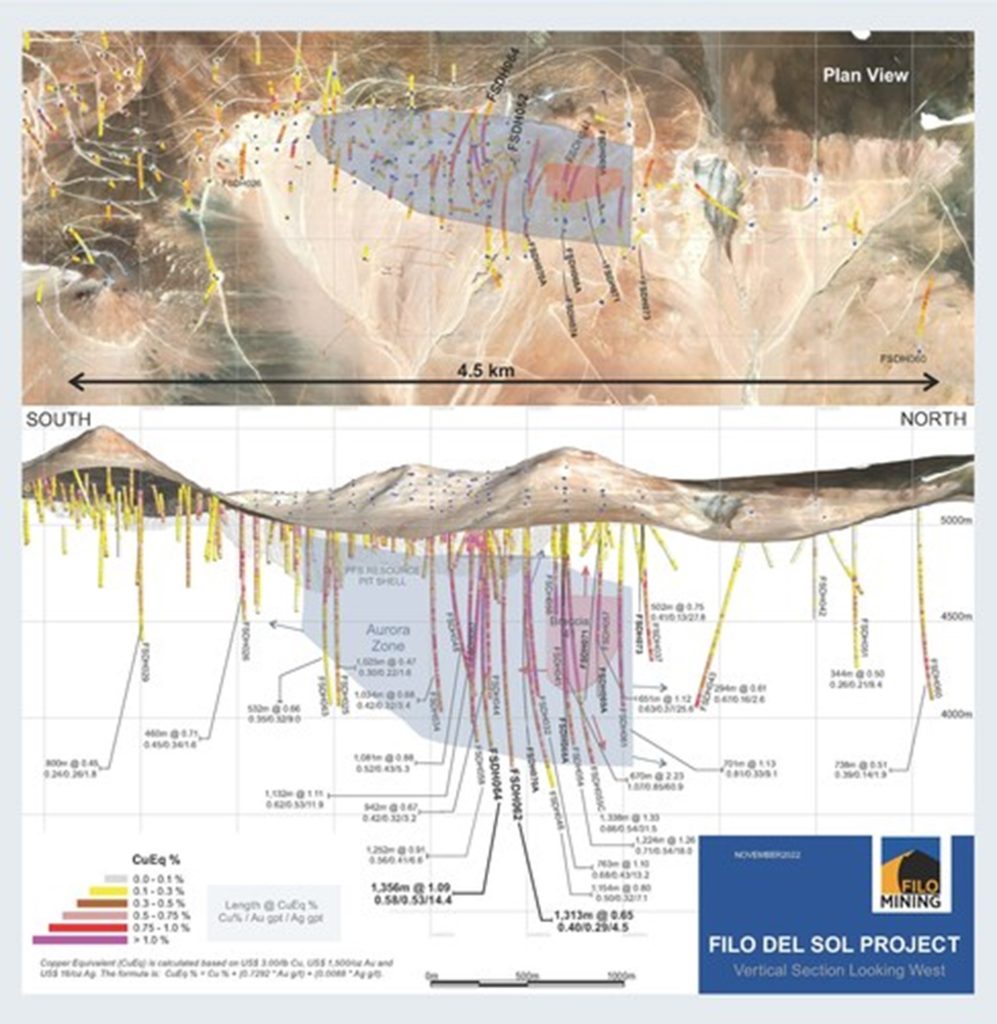 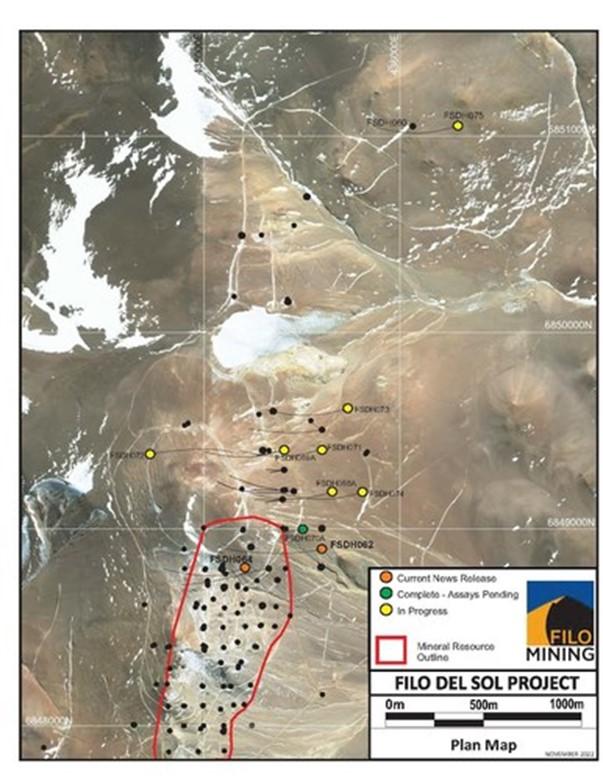