Filo Mining Corp. (TSX: FIL) (Nasdaq First North Growth Market: FIL) (OTCQX: FLMMF)  is excited to announce the discovery of a new porphyry copper-gold centre along the Filo trend at the Filo del Sol Project in San Juan, Argentina. Drillhole FSDH060 was collared almost 2km northeast of FSDH041 and has intersected what is interpreted as a separate porphyry system along the Filo del Sol corridor. Highlights and detailed results are shown below:

Commenting on the results, Jamie Beck, President and CEO stated, “Hole 60 provides yet more evidence to support our interpretation that Filo del Sol is one of the most important copper-gold-silver discoveries in years.  To step out this far, into a completely new area, and drill an intersection like this is an incredible result. I’m reminded of hole 25, our first deep hole into Filo del Sol in 2019, which returned 1,025m at 0.47% copper equivalent.  As we refined our understanding of the deposit, our drilling trended north, leading to the eventual discovery of the Aurora and Breccia 41 zones.  I’m excited to learn more about the Bonita zone with future drilling. We believe the Filo trend hosts multiple overlapping porphyry centres, with associated high-sulphidation epithermal mineralization, providing us with great confidence both in the ultimate size of the deposit we are defining and the opportunity to discover additional high-grade Breccia 41 style zones within it.”

FSDH060 was collared 2km to the northeast of FSDH041 and drilled to the west at an angle of -75o to a final depth of 1,070m. The hole intersected rhyolite to a depth of 852m where it transitioned to granite, both of these lithologies forming the typical country rock at Filo. A-type porphyry veins are present below 430m, and B-type veins with molybdenite are scattered throughout. Alteration is dominated by moderate to intense quartz-alunite and mineralization consists primarily of vein-hosted and disseminated covellite and chalcocite. A narrow interval of potassic-altered porphyry with chalcopyrite and magnetite mineralization intersected at depth confirms the Bonita zone to be a new porphyry copper-gold center. The hole ended in mineralization, with the last 20m averaging 0.50% CuEq (0.39% Cu, 0.13 g/t Au, 1.9 g/t Ag).

Drilling is ongoing throughout the South American winter for the first time at Filo del Sol. Accordingly, we will continue with 6 diamond drill rigs in order to maximize safety and operational performance during the winter season. Plans are in place to ramp up the rig count as the weather moderates in the spring.   Winter holes are designed to expand and infill the Aurora and Breccia 41 zones and drilling will transition to larger step-out holes to continue to try to find the edges of the mineralized zone and to investigate the Bonita zone as spring arrives.

Holes that have now been completed with assays pending include:

The scientific and technical disclosure for the Filo del Sol Project included in this news release have been reviewed and approved by Bob Carmichael, B.A.Sc., P.Eng. who is the Qualified Person as defined by NI 43-101.  Mr. Carmichael is Vice President, Exploration for the Company. Samples were cut at Filo Mining’s operations base near the town of Guañizuil, Argentina by Company personnel. Diamond drill core was sampled in 2 metre intervals (except where shortened by geological contacts) using a rock saw for sulphide mineralization. Oxide mineralization was cut with a core splitter in order to prevent dissolution of water-soluble copper minerals during the wet sawing process. Core diameter is a mix of PQ, HQ and NQ depending on the depth of the drill hole. Samples were bagged and tagged and packaged for shipment by truck to the ALS preparation laboratory in Mendoza, Argentina where they were crushed and a 500g split was pulverized to 85% passing 200 mesh. The prepared samples were sent to the ALS assay laboratories in either Lima, Peru or Santiago, Chile for copper, gold and silver assays, and multi-element ICP and sequential copper analyses.  ALS is an accredited laboratory which is independent of the Company.  Gold assays were by fire assay fusion with AAS finish on a 30g sample. Copper and silver were assayed by atomic absorption following a 4 acid digestion.  Samples were also analyzed for a suite of 36 elements with ICP-ES and a sequential copper leach analysis was completed on each sample with copper greater than 500ppm (0.05%). Copper and gold standards as well as blanks and duplicates (field, preparation and analysis) were randomly inserted into the sampling sequence for Quality Control. On average, 9% of the submitted samples are Quality Control samples. No data quality problems were indicated by the QA/QC program.

Filo Mining is a Canadian exploration and development company focused on advancing its 100% owned Filo del Sol copper-gold-silver deposit located in Chile’s Region III and adjacent San Juan Province, Argentina. The Company’s shares are listed on the TSX and Nasdaq First North Growth Market and on the OTCQX. Filo Mining is a member of the Lundin Group of Companies. 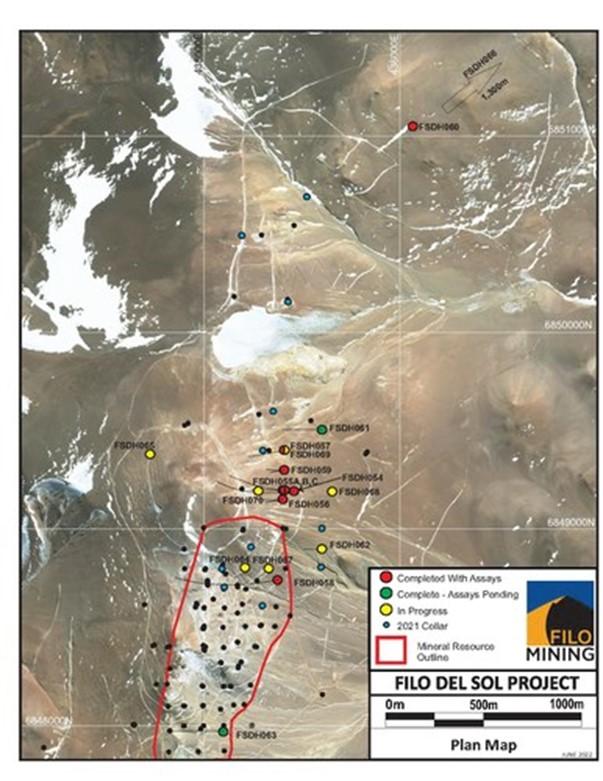 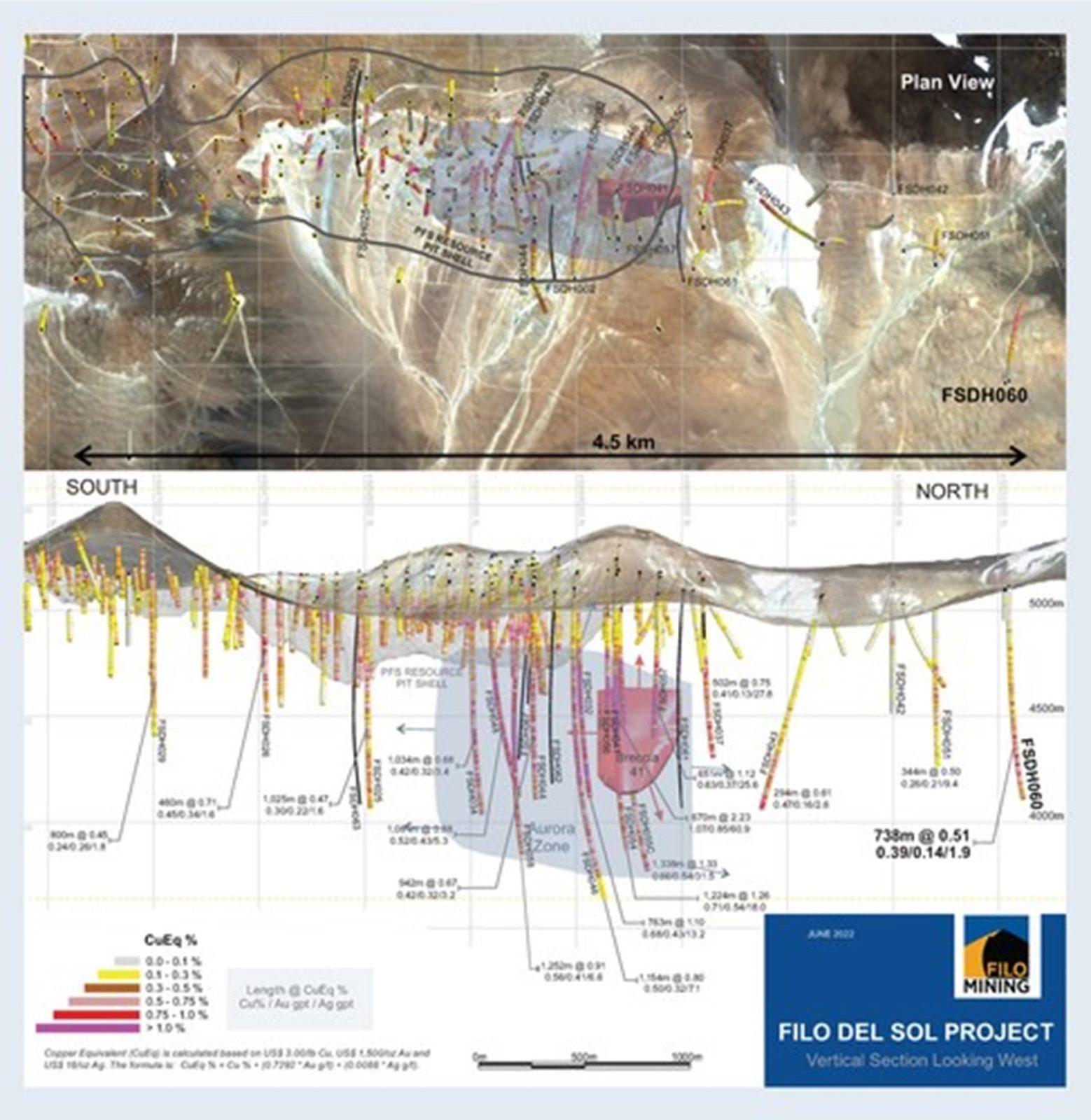