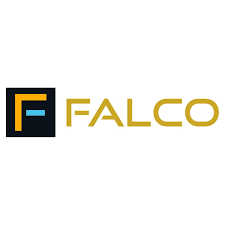 Falco Resources Ltd. (TSX-V:FPC) is pleased to announce that it has received payment from Osisko Gold Royalties Ltd of the stream payment advance of C$10 Million, which as previously announced corresponds to an advance of half of the C$20 Million second instalment payable by Osisko under its silver stream agreement with the Company.

The Stream Advance Payment will be used for the development of the Horne 5 Project and for general corporate purpose.

Falco Resources Ltd. is one of the largest mineral claim holders in the Province of Québec, with extensive land holdings in the Abitibi Greenstone Belt. Falco owns approximately 70,000 hectares of land in the Rouyn-Noranda mining camp, which represents 70% of the entire camp and includes 13 former gold and base metal mine sites. Falco’s principal asset is the Horne 5 Project located in the former Horne mine that was operated by Noranda (now Glencore Canada Corporation) from 1927 to 1976 and produced 11.6 million ounces of gold and 2.5 billion pounds of copper. Osisko’s subsidiary, Osisko Development Corp., is Falco’s largest shareholder owning an 18.2% interest in the Company.