The objectives of the SW Pit drilling program are to: 1) increase the overall size of the San Albino Gold Deposit, which remains open along strike and at depth; 2) test extensions of the mineralization beyond the permitted pit limit; and 3) provide information necessary to begin mining this area early next year.

To date a total of 32,436 meters in 259 drill holes (2011-2022) have been completed in the area. Most of the drilling intersected mineralization within, or immediately outside, the current permitted pit.

All intersections described in this press release fall outside the 2020 Mineral Resource Estimate.

A technical report for the current mineral resource estimate at San Albino is available under the Company’s SEDAR profile at www.sedar.com and available on the Company’s website at www.makominingcorp.com (see press release dated October 19, 2020).

Highlights of selected intercepts of the high-grade gold mineralization include:

Akiba Leisman, CEO of Mako states, “the 2020 Resource only included a de minimis number of gold ounces in the SW Pit area, as our team was getting a better handle on the geological model for this zone.  Over the course of the last 2 years, the geological controls of the SW Pit have been substantively better understood and have been validated by these drill results, and those released earlier this year. Hitting 64.9 g/t Au over 2m (ETW) 50m from surface and 71m up-dip from another potentially open-pittable intersection of 42.9 g/t Au over 4.1m (ETW), bodes well for early next year as we get the SW Pit ready to be our next mining area. Over the course of the next week, we will also be releasing drill results at Las Conchitas which we also plan to begin mining next year.”

Drill core was continuously sampled from inception to termination of the entire drill hole. Sample intervals were typically one meter. Drill core diameter was HQ (6.35 centimeters). Geologic and geotechnical data was captured into a digital database, core was photographed, then one-half split of the core was collected for analysis and one-half was retained in the core library. Drill core samples were kept in a secured logging and storage facility until such time that they were delivered to the Managua facilities of Bureau Veritas and pulps were sent to the Bureau Veritas laboratory in Vancouver for analysis. Gold was analyzed by standard fire assay fusion, 30gram aliquot, AAS finish. Samples returning over 10.0 g/t gold are analyzed utilizing standard Fire Assay-Gravimetric method. The Company follows industry standards in its QA&QC procedures. Control samples consisting of duplicates, standards and blanks were inserted into the sample stream at a ratio of 1 control sample per every 10 samples. Analytical results of control samples confirmed reliability of the assay data.

Mako Mining Corp. is a publicly listed gold mining, development and exploration company. The Company operates the high-grade San Albino gold mine in Nueva Segovia, Nicaragua, which ranks as one of the highest-grade open pit gold mines globally. Mako’s primary objective is to operate San Albino profitably and fund exploration of prospective targets on its district-scale land package. 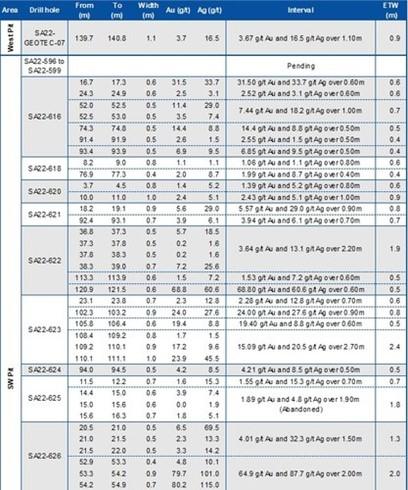 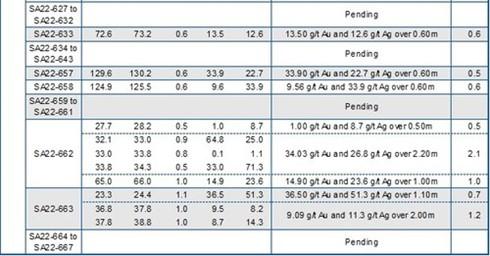 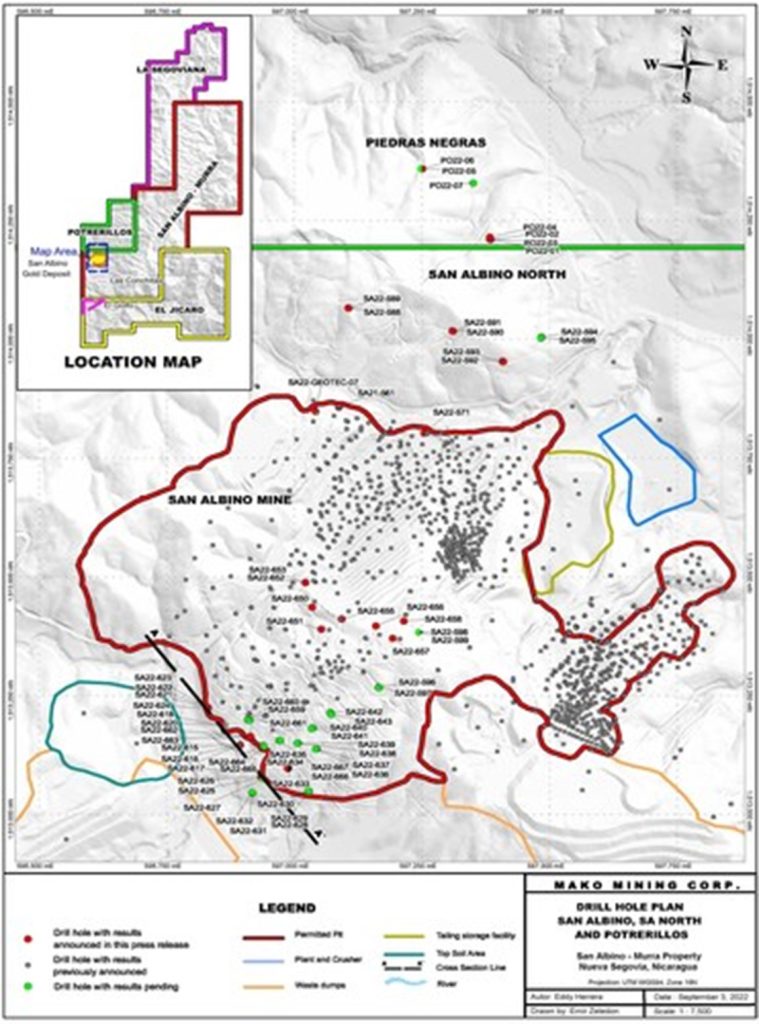 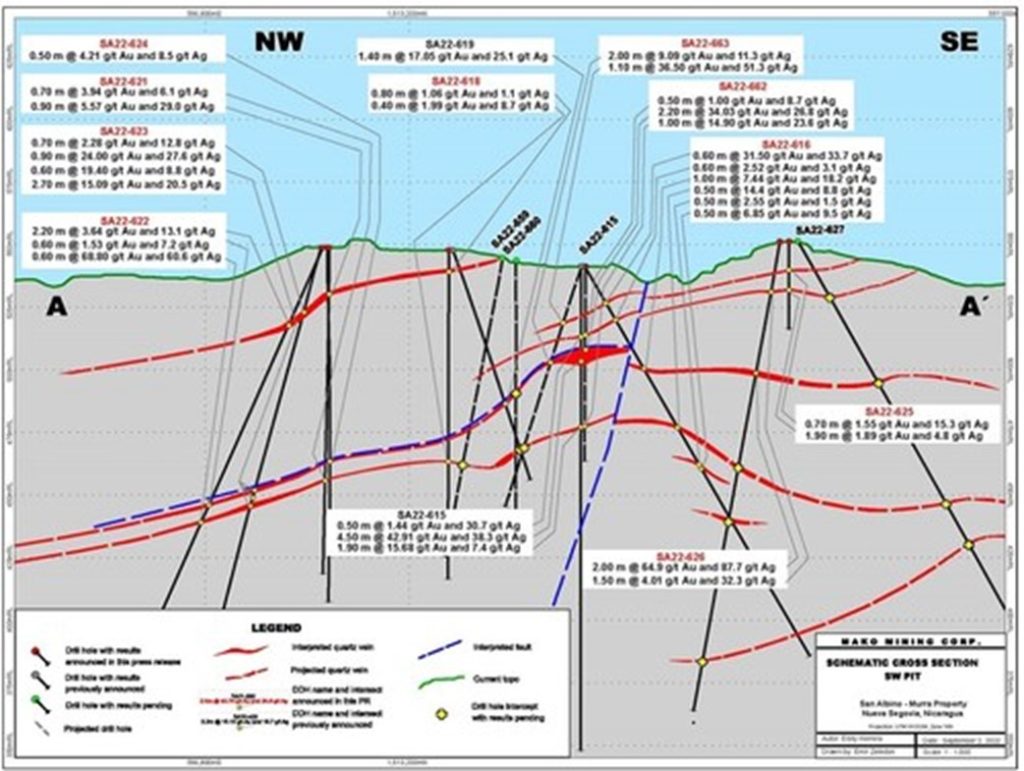