Existing Large Shareholder Increases Position in GoviEx in Transaction Worth up to CAD 41.6 Million

Existing Large Shareholder Increases Position in GoviEx in Transaction Worth up to CAD 41.6 Million 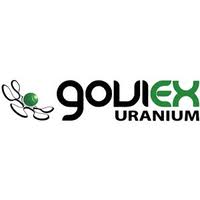 GoviEx Uranium Inc. (TSX-V: GXU) (OTCQB: GVXXF) announced that Denison Mines Corp has entered into a private agreement to sell 32,500,000 common shares of the 65,144,021 common shares it holds in GoviEx at an attributed value of CAD 0.48 and warrants to acquire an additional 32,500,000 common shares of Goviex held by Denison at an exercise price of CAD 0.80 per share for a term of 18 months. The purchaser of the single block is already a large existing institutional shareholder of GoviEx. Following this single transaction, Denison will own approximately 6% of GoviEx’s current issued share capital.

David Cates, the CEO of Denison, will remain on the Board of GoviEx following the completion of this transaction.

“This transaction announced today between two existing GoviEx shareholders demonstrates strong institutional demand and continued interest in the uranium sector and in GoviEx’s equity. The second part of the transaction entitles the purchasing party to warrants exercisable at CAD 0.80, which is a positive sign of confidence in our management team and in the strength of our pipeline of uranium assets.”

Denison’s shareholding in GoviEx originated as part of a strategic transaction in 2016, in which GoviEx acquired Denison’s wholly owned subsidiary, Rockgate Capital Corp., which held all of Denison’s Africa-based uranium interests in exchange for 56,050,450 shares of GoviEx and 22,420,180 common share purchase warrants.