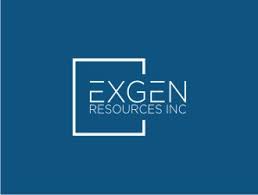 Drill results from the Empire Mine Gold Zone and the gold and copper grades continue to impress (Table 1 and 2).  Gold grades in the trends targeted in this year’s drilling are consistent and remarkably high-grade, and considering their relatively shallow depths, should be readily accessible by open pit mining. These assays will be added to the database used in the calculation of the updated NI 43-101 resources estimate, which contained Measured, Indicated and Inferred Resources of 342,249 ounces of gold, 9.5 million ounces of silver, and 129,932 metric tons of copper, and used to recalculate the resource.  Hardrock Consulting (HRC) is scheduled to update the resource in early Q4 2020 based on a data set consisting of 411 drill holes plus the assays from Empire channel samples due at any time. The resource update will be followed by an updated Preliminary Economic Assessment (PEA) in mid-Q4 2020.  In addition, the metallurgical pilot testing program at AuRIC Laboratories in Salt Lake City, Utah is well underway and expected to provide additional reporting on ammonium thiosulfate (ATS) gold recovery in the coming weeks.

Holes KX20-01 and KX20-05 both returned significant, near-surface gold values at shallow depths. These shallow intercepts appear to be closely related to the higher-grade gold trend defined from the 2018 drilling. Holes KX20-09 returned 6.1 metres of 2.05 g/t gold and KX20-15 returned a gold value of 9.78 g/t over 1.5 metres. Of particular interest, in addition to gold, are the elevated silver and copper values shown throughout all of the drilling.  Drill hole KX20-18 returned 1.5 metres of 508 g/t silver with 2.41 g/t gold and 6.13% copper, and holes KX20-19 and KX20-20 both showed values above 140 g/t silver, with copper intercepts above 4%. These results are not unusual given the polymetallic nature of the Empire Mine and are important in understanding the connection between the near surface, high-grade polymetallic oxide zones and the connection with the deeper, high-grade polymetallic sulphide vein system.

A total of 48 channel samples, each 1.6 m in length, were collected from limited outcroppings around the Empire Mine Open Pit Gold Zone. The channel samples were collected to aid in drill targeting and to provide grade and geological information on the magnetite skarn contact.   In addition to the results from drilling, the assays for the 48 channel samples collected in the Empire Mine Open Pit Gold Zone returned respectable gold and copper grades on the surface, most notably 3.84 g/t gold, 74.1 g/t silver, and 2.83% copper (Table 3).

Holes RSD20-07 through RSD20-10 (results pending) were primarily drilled to give an indication of the limits of the mineralization, both geologically into the granite and at the limits of the patented claims to the north.

The Navarre Creek Gold claims are located 5 km west of the Empire Mine. Assays for the rock chip samples are pending.

Kieran Downes, Ph.D., P. Geo., a Qualified Person as defined by National Instrument 43-101, has reviewed and verified the technical information provided in this release.

ExGen, formerly Boxxer Gold Corp, is a project accelerator that seeks to fund exploration and development of our projects through joint ventures and partnership agreements. This approach significantly reduces the technical and financial risks for ExGen, while maintaining the upside exposure to new discoveries and potential cash flow. The company intends to build a diverse portfolio of projects across exploration stages and various commodity groups. ExGen currently has 6 projects in Canada and the US.