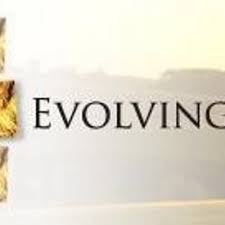 The acquisition of Bocana will constitute a “fundamental change” for EVG under CSE policies; and consequently:

In conjunction with the acquisition of Bocana, and as conditions to closing:

After closing the transaction, the Company expects to appoint the following officers and directors:

Senior mining engineer and MBA with more than 35 years of experience in engineering, mine operations, management, accounting, and finance.  Mr. Kunz was Director and President of Ivanhoe Mines Ltd, and was part of the team that discovered the massive Oyu Tolgoi copper-gold deposit in Mongolia. During his seven-year tenure, the market capitalization value of Ivanhoe Mines increased from $400 million to $4.4 billion.  He was a founder of and served as CEO and President of MK Gold Company, a mine owner, producer and mining contractor.  He was CEO & President of Jinshan Gold Mines during the construction and a Director during startup of the CSH Mine in China. He founded and for 10 years was CEO of US$110 million U.S. Geothermal, Inc.

Currently is President and CEO of Bocana Investments, S.A., an investment vehicle that has reviewed, invested in and worked on several mining opportunities in South America.  Mr. Turner has a BBA in Petroleum Land Management from the University of Texas at Austin and has over 37 years of varied oil, gas and mineral development experience including complex joint venture agreements; business partner operations and negotiating legal agreements involving acquisitions, joint operating agreements and the disposition of assets.

Currently President & CEO of Silver Bull Resources – exploring a zinc/silver project in Mexico.  Mr. Barry has over 19 years of exploration and management experience and has worked as a Consulting Geologist and manager on projects in Canada, Mexico, Australia, New Zealand, Mongolia and West and Central Africa.  Mr. Barry currently serves as a director for Sanatana Resources Inc.  Mr. Barry is a Chartered Professional Geologist (CPAusIMM).  Mr. Barry holds a BSc in Geology from the University of Otago in New Zealand.

Mr. Jenkins will stay with the Company in his current role as Chief Financial Officer.

Senior Geologist with over 32 years of experience in field exploration, drilling, sampling, logging, mine permitting, development, compliance and mine disturbance reclamation.  Experience includes gold deposits in North America, Africa, Asia, and South America.  He has a Master’s Degree in Geology, is a registered Professional Geologist, and has been working with Daniel Kunz & Associates from Boise, Idaho for the last 4 years.

Other directors will be added prior to the resumption of trading, and will be disclosed in subsequent news releases.

Pursuant to the LOI, EVG will issue post-consolidated common shares, on a one-for-one basis, to acquire all outstanding shares of Bocana.  Following closing of the Bocana Offering (assuming it is fully subscribed), Bocana will have 66,500,000 shares outstanding.  In accordance with CSE policies, EVG shares held by new principals (officers, directors, control persons) will be subject to escrow, to be released as to 10% on closing, with an additional 15% released every six months thereafter over 36 months.

Bocana, through its wholly owned subsidiaries, currently holds and anticipates securing a 100% interest in several new mineral concessions in South America.  These concessions are currently being negotiated and finalized with the respective governmental and regulatory entities that issue these agreements.  Full disclosure of Bocana’s mineral property interests will be provided upon settlement of all concessions.