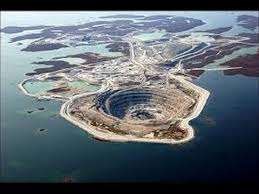 Eurasian Minerals Inc. (TSX-V:EMX) (NYSE MKT:EMXX)  is pleased to announce the execution of a definitive agreement with Land & Mineral Limited a privately-held Australian company, giving L&M the right to acquire Hauraki Gold Ltd. the wholly-owned EMX subsidiary that controls the Neavesville gold-silver property located in the Hauraki goldfield of New Zealand’s North Island. Hauraki has also entered into a Joint Venture Agreement and Access Agreement with the Pakirarahi 1B Trust, who control surface rights across a majority of the project area.

Commercial Terms Overview. The agreement with L&M provides for staged payments and work obligations as summarized below:

Failure to make the gold payments described in 2) and 3) above or to perform the drilling described in 3) above will entitle EMX to retake possession of Hauraki or the permit covering the Property, at EMX’s option.

The district also saw historic commercial production from the high-grade Ajax Vein system, the single largest producing historic mine in the Neavesville camp, which lies within the Pakirarahi 1B Trust land and will be the initial target of an upcoming exploration program. The vein has not been explored in recent decades, and only two modern holes have been drilled in the vicinity of the mine workings, both of which intersected mineralization, with one drilled through a stoped cavity.

EMX acquired the Neavesville exploration permit by direct acquisition from the government, and with minimal cost. The sale of a property covering a historic gold-silver resource reported under JORC standards in a key mining district serves as another example of the Company’s execution of the royalty and prospect generation business model.