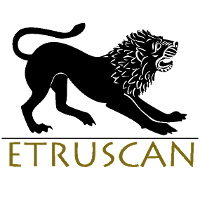 Results of early drilling support the potential for a cluster of silver-gold-enriched VMS systems on the western flank of the Eskay Camp near the past producing high-grade Snip gold mine.

Gordon Lam, Etruscus President and CEO, commented: “We are off to a great start in our inaugural drill program with successful, aggressive step-outs that bring potential scale to a trend of silver-gold-rich VMS-style high-grade mineralization that now appears to be much more extensive than originally believed. Importantly, we have trails of semi-massive and massive sulphide mineralization to follow at both SRV and the new Ziggy zone.”

“Our structural and geophysical review presented new targets that were supported by our initial biogeochemical program,” Lam continued.  “Other targets remain untested and will be prioritized based on our initial drill results.”

Technical aspects of this news release have been reviewed and approved by Dr. Dave R. Webb, Ph.D., P.Geo., who is a Qualified Person as defined under National Instrument 43-101.

QA/QC program includes a combination of 1-3 m intervals of half NQ drill core were delivered to ALS Limited’s facility in Terrace BC, where the samples were crushed to 70% pass 2mm fraction, and then a 250g split was pulverized to better than 85% passed a 75-micros screen. The geochemical analyses are being performed by ALS Limited in Vancouver using multi-element aqua-regia digestion ICP-MS package (ME-MS41). Gold is analyzed by fire assay technique Au-ICP21. Higher gold grades (>10 g/t) analyzed by fire assay and gravimetric finish. In addition to the internal QA/QC program by ALS, Etruscus inserts 10% lab certified standards, field blanks and duplicates into the overall sampling stream. ALS Limited is a global testing, inspection and certification business with facilities and laboratories in dozens of locations and is independent of the Company.

Etruscus Resources Corp. is a Vancouver-based exploration company focused on the development of its 100%-owned Rock & Roll and Sugar properties comprising 26,464 hectares near the past producing Snip mine in Northwest B.C.’s prolific Eskay Camp.