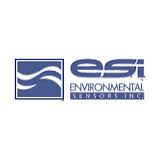 ESV Resources Ltd. (TSX-V: ESV.H), announces that it has entered into a binding letter agreement dated effective November 12, 2020, with Qvartz Capital Partners Inc. which outlines the general terms and conditions by which the Company may acquire a 66.67% interest in the Lomero-Poyatos Project.

The Lomero-Poyatos Project is comprised of 13 mining concessions over an area of approximately 175 hectares located in the Huelva Province of the Autonomous Community of Andalucía in Southern Spain, within the Cerro Andevalo and Cortegana Municipalities, about 500 km south of Madrid, 85 km north-west of Seville and 60 km north-east of the port of Huelva.

Under the terms of the Transaction, it is contemplated that the Company would acquire 100% of the issued and outstanding share capital of Viaggo Consultores, S.A. a wholly-owned subsidiary of Qvartz, which will control 66.67% of the issued and outstanding shares of Corporación de Recursos Iberia S.A. which, in turn, owns the mining rights to the Lomero-Poyatos Project. In exchange for the Viaggo Shares, the Company will: (i) issue 35,000,000 common shares of the Company to Qvartz, where such Common Shares will be subject to a twelve-month lockup period; and (ii) grant a 2% net smelter returns royalty to Qvartz from the production of minerals attributable to the 66.67% interest in the Lomero-Poyatos Project. Additionally, the Company will assume the obligations of Viaggo related to CRI, which include: (i) paying up to €6,500,000 to CRI to satisfy CRI’s current liabilities; and (ii) funding exploration work on the Lomero-Poyatos Project through to the completion of a feasibility study on the Project.

Closing of the Transaction is subject to a number of conditions including the satisfactory completion of due diligence, the negotiation of and entering into a definitive agreement, receipt of all required shareholder, regulatory and third-party consents, including approval of the TSX Venture Exchange completion of financing on terms acceptable to the Company, and satisfaction of other customary closing conditions.  The Transaction cannot close until the aforementioned conditions are satisfied and required approvals are obtained.  There can be no assurance that the Transaction will be completed as proposed, at all or concurrently with the Company’s previously announced reverse-takeover transaction and change of business (see news release dated