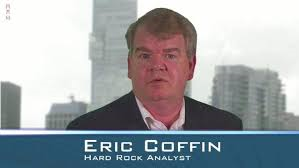 No, it’s not a glandular condition.  China’s leaders concluded the third Plenum of the 18th Party Congress a couple of weeks ago.  Party Congresses last for five years and Plenums (full meetings) are annual except for the first year of each Congress where there might be two or three full meetings.

Traditionally, the third Plenum is the one where new leadership lays out its long term goals and strategies and it has been third Plenums that were the basis for sweeping changes in China’s society and economy in the past 30 years.  The mother of them all was the third Plenum in 1978 when Deng Xiaoping started China down the path to “Capitalism with Chinese Characteristics”. This was the first third Plenum since the ascension of Chinese leader Li Keqiang and expected to be particularly important.

Initial reporting from this Plenum showed disappointment, but I think that was due to most of it being written by journalists that don’t usually pay much attention to Beijing or understand its subtleties.  Plenums look like consensus building exercises but are still very top down affairs.   New leadership lays out a blueprint for the direction they think the party and the economy should be heading.   Its not a process that delivers a bunch of new laws that come into effect the next day. Any major changes in direction require plenty of arm twisting that can take years to complete.  We won’t really know how successful this Plenum is until after the fact.

If Li can impose the changes he’s calling for the effects could be large and wide ranging. Major reforms are proposed for State Owned Enterprises (“SOE”s), finance, factor pricing and a reform of the “hukou” (residency permit) system and rural land ownership.

There is a lot at stake, especially for resource investors.  China has been the 800 pound gorilla in the room when it comes to commodity demand.  That isn’t going to change any time soon but the way changes in China impact intensity of use for resources could have profound implications for metals and energy pricing.

The consensus deemed the proposed changes negative for commodities due to decreased reliance on heavy industry investment.  This might true as there is over investment and over capacity in the heavy industrial sector.   Some of that needs to go away, especially older and dirtier operations that have added to a massive pollution problem.

Changes to SOEs and factor pricing are linked.  There is still a lot of state control in China and monopolistic pricing or state price controls in many sectors.   This creates a lot of inefficiency and waste—and plenty of graft for those running state companies.   A lot of overcapacity that needs to go is old state factories propped up by monopoly pricing and power relationships.

The process of cleaning up state companies has been through a few false starts. I think this may be the toughest part of the program for Beijing.  There are a lot of powerful interests involved and, at best, winnowing out these companies will take years.

Reform on the finance and currency fronts has already started and the current Plenum is mainly reiterating they are serious about following the process to its conclusion.  Ultimately that means the Yuan as a truly tradable, hopefully floating, currency.  This has positive implications for commodities.  Another reserve currency would weaken the US Dollar and could generate support for dollar denominated prices, much the way that the creation of the Euro did.

A trickier part of this process will be clearing out the deadwood in the Chinese banking sector.  Again, a lot of this is either state owned or deadwood because of too much lending to state owned companies.  The same political issues come into play but it’s a necessary change I think will happen.  It won’t happen overnight either since it implies a major change of status (and maybe handcuffs) for a lot of current “insiders”.  A cleanup in the literal sense is very necessary.

China has horrendous pollution problems and the citizenry is rapidly losing patience with the situation.  Heavily polluting and physically dangerous workplaces will see more and more scrutiny and some will be shuttered.  This might impact base metals as there are some pretty nasty small to medium sized operations in China that could be shut, and many “informal” ones that would be easy to close from a political standpoint.

Potentially, the most far reaching reforms are those proposed for the Hukou system and for rural land ownership.  Hukou determines residency and severely restricts access to things like government services and housing outside of ones registered residency area.  This is no small thing.  There are at least 2-300 million people from rural China living and working in cities that have no official access to a host of government services. They also cannot legally buy property in the city where they work which may be hundreds or thousands of kilometres from their county of “residence”.

The system was devised to ensure enough workers stayed on the farms and didn’t overcrowd cities.  I’m sure the Party liked the additional control it gave them after Tiananmen Square too.  That helps explain why the law is still in effect.

For all the hang wringing about Chinese growth it’s still running above 7% and wages have been rising quickly.  Due to the one child policy (also partially relaxed last week) there is a demographic trough coming.  There are worries about having enough workers, or at least having the right ones, in some sectors.  Removing travel and residency restrictions may solve that problem.

That change won’t happen overnight.  Beijing has more than its share of control freaks in power.  Many of them oppose loosening of Hukou laws on principle.  These government owned companies are sinecures and piggy banks for Communist Party bigwigs and one of the biggest shareholders in many large SOEs is the Red Army itself.  Not groups to be taken on lightly.

The final change proposed may be the most far reaching.  The central government wants to push forward with rural land reform.  Under current laws agricultural land is owned collectively.  In practice that means farmers cannot sell or mortgage their land.  County level officials haven’t had much trouble expropriating it though.   Land sales have perhaps been the largest revenue source for this level of government.

Allowing private sale and/or mortgaging of rural property could generate huge amounts of demand.  Coupled with a loosening of Hukou it could also make it much easier for migrants to buy property in cities and actually settle there.   Farmers that are finally able to monetize some of the land their families have maintained for centuries could be a source of demand for everything from building materials and appliances to educations and health care.

This has actually been tried in a few select areas and it led to a lot of local building and some rationalization of farm holdings; talented farmers enlarging their holdings and others who wanted to move on selling out.  It could have a big impact on large towns and smaller cities.

Sales of expropriated land are a main revenue source at the county level.  Making these changes will mean Beijing will have to supply funding for a lot of services carried locally now.  A doubling on taxed to SOEs is proposed to help cover this.

These changes are necessary to take the Chinese economy to the next level.  If government improves medical care and education this could free up vast amounts of savings being and unleash a lot of pent up demand.  Delivery of these services would create a lot of jobs too.  It won’t be more steel mills or shipyards but I wouldn’t be too quick to assume a big drop in commodity demand.  Anything that keeps China growing at 7%+ is going to generate more demand for everything, regardless of which sectors are favored.

Access HRA’s New Interview with a Low-Cost Silver Producer – Eric Coffin Considers it one of the Best-Managed Junior Producers in the Sector! Download the Interview for Free – Click Here Now.

The HRA-Journal and HRA-Special Delivery are independent publications produced and distributed by Stockwork Consulting Ltd, which is committed to providing timely and factual analysis of junior mining, resource, and other venture capital companies.  Companies are chosen on the basis of a speculative potential for significant upside gains resulting from asset-based expansion.  These are generally high-risk securities, and opinions contained herein are time and market sensitive.  No statement or expression of opinion, or any other matter herein, directly or indirectly, is an offer, solicitation or recommendation to buy or sell any securities mentioned.  While we believe all sources of information to be factual and reliable we in no way represent or guarantee the accuracy thereof, nor of the statements made herein.  We do not receive or request compensation in any form in order to feature companies in these publications.  We may, or may not, own securities and/or options to acquire securities of the companies mentioned herein. This document is protected by the copyright laws ofCanada and theU.S. and may not be reproduced in any form for other than for personal use without the prior written consent of the publisher.  This document may be quoted, in context, provided proper credit is given.