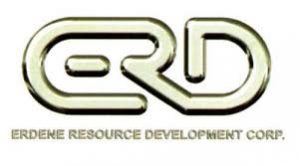 “We are excited by this intersection, not only because of the ultra high-grade nature but by the continuity that continues to be demonstrated within multiple, high-grade gold domains within a broad lower-grade halo throughout this 1.4 kilometre long system,” said Peter Akerley, Erdene’s President and CEO. “The continuity of these high-grade gold bearing veins, that extend from surface and up to 150 metres vertically, provides an excellent base for advancing the project. These results clearly demonstrate the continued exploration upside potential of this relatively new gold discovery. They also support further detailed exploration targeting gold bearing structures not only within the Bayan Khundii deposit area but also within the larger district which we are confident will lead to additional discoveries.”

The exploration program reported on herein was developed by the Erdene technical team in conjunction with an independent expert’s review to identify high priority structural targets within the Bayan Khundii project area. This included: testing the recently discovered North Midfield Zone with more detailed, closer-spaced drilling and testing structural concepts and extensions at depth; testing the Midfield area for the presence of shallower zones of mineralization; testing the continuity of broad mineralized zones in the central portion of the North Midfield target area; and testing the southeast extension of the Striker Zone.

(1) Reported intervals are not true width. At this time, there is insufficient data with respect to the shape of the mineralized system to calculate true orientations in space. They represent drill intersection widths from holes drilled at a dip of -45 to -85 degrees and oriented to the north-northeast. The Bayan Khundii mineralization is interpreted to be moderately dipping (approximately 40 to 50 degrees to the southwest).

Two plan maps, two cross-sections, and a photograph of the high-grade intersection from hole BKD-231 have been attached for reference:

Two holes (BKD-231 and BKD-232) were completed in the North Midfield Zone to test the down-dip extension of the high-grade gold intervals in this area.

Hole BKD-232 was completed approximately 65 metres north of BKD-231 and 100 metres north of the Midfield Zone, within an area that previously had 80-metre hole spacing and relatively lower grade results. This hole returned 22 metres of 8.3 g/t gold, and included multiple zones grading over 10 g/t gold (see Table 1 above). The top of the mineralized interval was intersected at 90.5 metres depth (74 metres vertical depth).

Three holes were completed along the south and southeast end of the Midfield Zone (BKD-229, 230 and 233). Hole BKD-230, completed near the center of Midfield, intersected a continuously mineralized 127 metre interval starting at 31 metres depth (24 metres vertical) that averaged 1.8 g/t gold, and included a 25 metre wide interval that averaged 5.8 g/t gold.

Two additional holes (BKD-229 and BKD-233) successfully intersected high-grade gold mineralization, and in the case of BKD-233, although lower grade, expanded the southeast boundary of the Midfield Zone which remains open to the east (see attached plan map for drill hole locations) while BKD-229 intersected gold mineralization at the shallowest levels to date.

In Q4-2017, Dr. Armelle Kloppenburg conducted a comprehensive structural study of the Company’s gold projects in southwest Mongolia and the broader metals district. The results of that study provide new insights into the Bayan Khundii gold project. Gold mineralizing events are believed to be late Devonian – early Caboniferous and are interpreted to exploit dilational structures in a belt-parallel extensional zone. At Bayan Khundii, northeast-trending extensional faults have intersected a northwest-trending basement structure that is proposed to be a conduit for gold-bearing fluids. In this area a relay ramp structure developed and promoted further local faulting, fracturing and dilation to focus fluid flow, and veining for mineralization. In relation to the specific high-grade domains at Bayan Khundii it is thought that the most prospective areas of these structures would typically be in proximity to the intersection of the major, deep-seated faults, and locally in the hanging wall, and at the ends of the bounding structures (fault tips or extensional stepovers). These areas were the focus of limited drilling during the Q4-2017 program but will be the focus of future drilling and of regional exploration along trend exploring for similar structural environments. District-scale targets for gold mineralization are in areas where the dilation, steepening or intersection with other major structures or more competent units occurs.

During Q1-2018 the Company’s technical team will assess results of the 2017 drill and exploration programs to determine what additional drilling may be required prior to an independent resource evaluation. Timing of the eventual resource studies for both Bayan Khundii and the Company’s neighboring Altan Nar gold-polymetallic project will be influenced by that determination, however, it is anticipated that the studies will be completed in 2018.

The northeast-trending faults outlined above are part of a larger network of regional northeast transverse faults that are present throughout the Khundii prospect area. The thoroughgoing structure at Bayan Khundii can be traced 4.6 km northeast to the untested Khundii North prospect where areas of quartz stockwork, chalcedonic quartz with hematite breccia clasts have returned rock sample results up to 22.7 g/t gold.

At Altan Arrow, detailed soil and rock chip sampling has returned highly anomalous gold assays, with up to 27 g/t in rock chips in an area south of the main northeast-trending Altan Arrow structure. The Altan Arrow gold prospect area is also located at the intersection of proposed major deep-seated structures.

A three-hole, 450 metre drill program was also completed at Altan Arrow as part of the Q4-2017 drill program. Drilling included two holes designed to test coincident soil geochemical and geophysical targets, and one hole was oriented to test a potential down-dip extension of high-grade gold mineralization encountered in the 2016 reconnaissance drilling program at Altan Arrow.

The Company also completed a three-hole, 450 metre drill program at the Altan Nar deposit as part of the Q4-2017 drill program. Holes were oriented to test lateral and down-dip extensions of gold-polymetallic mineralization within both the Discovery Zone and Maggie Zone.

Additional analytical results for Altan Nar and Altan Arrow are expected to be released by February 2018.

In Q2-2015, Erdene conducted an initial exploration program on the southern portion of the Company’s 100%-owned Khundii exploration license in southwest Mongolia, including an initial rock-chip sampling program which revealed multiple very high-grade surface quartz veins that returned up to 4,380 g/t gold. Since that time, drilling has revealed the presence of very high gold grades, with up to 2,200 g/t gold over 1-metre intervals, within broad mineralized zones, with up to 131 metres of 3.9 g/t gold, including 80 metres of 6.0 g/t gold. Since the first drill hole in Q4-2015, the Company has completed 234 diamond drill holes, totaling 38,072 metres. In addition to drilling, the Company has completed a comprehensive exploration program at Bayan Khundii that has included: geological mapping; soil geochemical surveys; additional surface rock chip sampling; a ground magnetic survey; gradient array and dipole-dipole induced polarization surveys. In addition to this work, a series of detailed follow-up studies have also been completed, predominantly on drill core and surface outcrop, including: petrographic and mineralogical analyses; a fluid inclusion study; SEM gold composition analysis; Short-Wave Infra-Red Analysis (SWIR); structural analysis; and overall petrogenetic analysis. Detailed studies indicate the mineralized zones can be characterized as low-sulphidation epithermal, quartz-illite-adularia type mineralization.

In Q1-2016 and Q3-2017, the Company completed metallurgical test work on Bayan Khundii master composites that indicated gravity concentration and cyanidation of the gravity tails yield very good overall gold recoveries, with 91% to 99% gold recovery on a range of gold grades from 0.7 g/t to 25.9 g/t gold.

The Bayan Khundii license has a 2% net smelter returns royalty in favour of Sandstorm Gold Ltd. with a buy-back option to reduce the NSR Royalty to 1%.

Michael MacDonald, P.Geo. (Nova Scotia), Vice President Exploration for Erdene, is the Qualified Person as that term is defined in National Instrument 43-101 and has reviewed and approved the technical information contained in this news release. All samples have been assayed at SGS Laboratory in Ulaanbaatar, Mongolia. In addition to internal checks by SGS Laboratory, the Company incorporates a QA/QC sample protocol utilizing prepared standards and blanks.

Erdene’s sampling protocol for drill core consisted of collection of samples over 1 metre or 2 metre intervals (depending on the lithology and style of mineralization) over the entire length of the drill hole, excluding minor post-mineral lithologies and un-mineralized granitoids. Sample intervals were based on meterage, not geological controls or mineralization. All drill core was cut in half with a diamond saw, with half of the core placed in sample bags and the remaining half securely retained in core boxes at Erdene’s Bayan Khundii exploration camp. All samples were organized into batches of 30 samples including a commercially prepared standard, blank, and either a field duplicate, consisting of two 1/4 core intervals, or a laboratory duplicate. Sample batches were periodically shipped directly to SGS in Ulaanbaatar via Erdene’s logistical contractor, Monrud Co. Ltd.

Erdene Resource Development Corp. is a Canada-based resource company focused on the acquisition, exploration, and development of base and precious metals in underexplored and highly prospective Mongolia. The Company has interests in five exploration licenses and a mining license in southwest Mongolia. In addition to the Bayan Khundii project, other deposits and prospects within these licenses include: Altan Nar – an extensive, high-grade, near-surface, gold-polymetallic project located 16 kilometres northwest of Bayan Khundii that the Company is actively advancing; Altan Arrow – an early-stage gold-silver project 3.5 kilometres north of Bayan Khundii; Ulaan – a recently acquired copper-gold porphyry prospect adjacent to Bayan Khundii; Khuvyn Khar – an early-stage, copper-silver porphyry project with multiple drill targets and significant copper intersections; Nomin Tal – a narrow, high-grade copper-gold discovery; and Zuun Mod – a large molybdenum-copper porphyry deposit. In addition to the above properties, the Company has an Alliance with Teck Resources Limited on regional copper-gold exploration in the prospective Trans Altai region of southwest Mongolia. Erdene has 145,963,086 issued and outstanding common shares and a fully diluted position of 156,592,160 common shares.