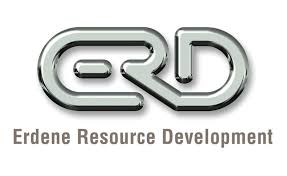 “Ulaan drilling has returned very high grade zones in the feeder structure as well as exceptionally thick zones of mineralization, exceeding 300 metres, which remain open, in the core of the discovery,” said Peter Akerley, Erdene’s President and CEO. “This newest Khundii District discovery is interpreted as the western extension of the Bayan Khundii deposit, demonstrating the resource expansion potential from deeper exploration in the District.”

“In the past week, we launched a follow-up exploration program. The outcome of this program, as well as the results from the recently completed regional reverse-circulation (“RC”) program, will focus our exploration work for the balance of 2022,” continued Mr. Akerley. “We are confident that we are well on our way to achieving our two million ounce gold equivalent resource target by the end of the year.”

The primary objectives of the Q2 2022 Ulaan SE drilling program were to test interpreted high-grade feeder zones along bounding or intersecting structures in the northern portion of the Ulaan SE discovery, and to test mineralization at depth.

Six new holes, as well as five hole-extensions, totaling 2,463.7 metres, were completed as part of the Q2 2022 Ulaan SE drilling program. Results are summarized below in Table 1. Results for the final two holes in the program, UDH-52 and UDH-53, are newly reported; all other results were reported on June 6, 2022.

The Q2 2022 program at Ulaan SE confirmed a zone of high-grade mineralization interpreted to be associated with intersecting or bounding structures and possibly a feeder zone. Drill hole UDH-35 returned the highest average grade interval intersection to date at Ulaan SE, with 41 metres of 8.1 g/t gold starting 187 metres downhole. Drill hole UDH-36 extended high-grade mineralization further west from the discovery area, intersecting one of the broadest zones of mineralization to date in Erdene’s Khundii Gold District. Hole UDH-53 was drilled to confirm extension of the feeder zone at depth and intersected 27 metres of 3.47 g/t gold, including three one-metre intervals greater than 10 g/t gold (up to 35.5 g/t gold), and ended in mineralization.

The results to date demonstrate a broad and thick zone of mineralization over a vertical depth in excess of 400 metres, that remains open at depth and to the west. Analysis of multi-element geochemical data, complimented by downhole magnetic susceptibility readings, are introducing correlations previously unrecognized at Ulaan SE. These datasets indicate that increased potassium concentrations (after pervasive adularia-Kspar alteration) in conjunction with low magnetic susceptibility readings, are strongly correlated with the targeted gold bearing tuffaceous host package. 3D modelling of these combined variables will serve as important target vectoring tools for future drilling at Ulaan SE. A follow-up drilling program has been designed to further test continuation of mineralization to the west and at depth, including further tracing of the high-grade mineralization identified to date which has been interpreted as a potential structurally controlled feeder zone.

The Ulaan SE gold target is a blind-top discovery identified in Q3 2021. The prospect is characterized by hundreds of metres of gold mineralization (up to 354 metres continuously in a single drill hole) over an area 200 metres by 250 metres. Gold mineralization begins approximately 80 metres from surface and remains open along strike to the west/northwest and at depth. Intervals include 152 metres of 1.7 g/t gold in UDH-22 (from 85 metres) and 77 metres of 3.2 g/t gold in UDH-21 (from 115 metres), as well as the more recent results noted in this release. Similar to the Bayan Khundii gold deposit, approximately 300 metres east, the mineralizing event is characterized by exceptionally high-grade quartz ± hematite and adularia veins and stockwork zones enveloped by the same gold bearing, silicified, white-mica altered lapilli tuff sequence.

The southern portion of the Ulaan license has areas of anomalous gold-in-soil over an area 3.5 kilometres by 1 kilometre. The underlying geology and alteration appears to be analogous to the gold mineralization at Ulaan Southeast and Bayan Khundii, namely tuffaceous units with white mica and silica alteration. A series of holes have been drilled to test high priority targets, for which the results are pending and expected in early Q3 2022.

Erdene’s deposits are in the Trans Altai Terrane, within the Central Asian Orogenic Belt, host to some of the world’s largest gold and copper-gold deposits. The Company has been the leader in exploration in southwest Mongolia over the past decade and is responsible for the discovery of the Khundii Gold District comprised of multiple high-grade gold and base metal prospects, one of which is currently being developed, the 100%-owned Bayan Khundii Gold Project, and another which is being considered for development, the 100%-owned Altan Nar Project. In 2021, the Company identified two new significant gold prospects, Dark Horse and Ulaan Southeast.

The Bayan Khundii Gold Resource1 includes 585,100 ounces of 2.19 g/t gold Measured and Indicated (“M&I”)2 and 35,900 ounces of Inferred resources at 2.18 g/t gold. Within the M&I resource, a Proven and Probable open-pit reserve totals 409,000 ounces at 3.7 g/t gold3 (press release here), providing significant potential for reserves growth with the development of the remaining M&I and Inferred resources1.

In July 2020, Erdene announced the results of an independent Feasibility Study for the Bayan Khundii Gold Project (press release here). The Feasibility Study results include an after-tax Net Present Value at a 5% discount rate and a US$1,400/oz gold price of US$100 million and Internal Rate of Return of 42%. The Feasibility Study envisions an open pit mine at Bayan Khundii, producing an average of 63,500 oz gold per year, for seven years, at a head grade of 3.71 g/t gold, utilizing a conventional carbon in pulp processing plant. Production is expected to commence in 2023 based on the current project schedule.

Erdene Resource Development Corp. is a Canada-based resource company focused on the acquisition, exploration, and development of precious and base metals in underexplored and highly prospective Mongolia. The Company has interests in three mining licenses and an exploration license in Southwest Mongolia, where exploration success has led to the discovery and definition of the Khundii Gold District. Erdene Resource Development Corp. is listed on the Toronto and the Mongolian stock exchanges. Further information is available at www.erdene.com. Important information may be disseminated exclusively via the website; investors should consult the site to access this information.

Reported intervals are apparent thicknesses, i.e. downhole widths. The current Ulaan drill holes are all dipping at 85 degrees and oriented to intersect SW dipping WNW trending gold bearing veins. Additional study is required to confirm true widths. Reported grades for intervals are weighted averages based on length of sampling intervals. No top cut has been applied; however, all intervals greater than 10 g/t gold and 100 g/t gold are reported individually for clarity