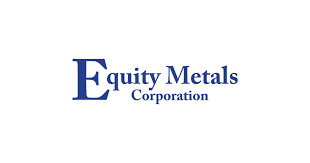 Equity Metals Corporation (TSX-V: EQTY) reports that drilling has commenced to offset high-grade silver mineralization on the Camp Vein Target, Silver Queen property, BC, with the goal of defining a maiden resource for this target. This is the first phase of a property-wide 15,000 metre exploration program that will then drill-test other targets within the large precious metal-enriched epithermal vein system, covering a +5km2 area located on the western side of the Silver Queen property.

This current drill program follows up on successful drilling of the Camp Vein in 2020-21, which returned previously reported Bonanza-grade silver mineralization, including the following highlight intervals (see Table 1 for complete assay intervals):

The initial program will include 4,500 metres of drilling to further test the Camp Vein target and will step-out from silver-enriched, high-grade mineralization identified in Equity’s earlier drilling. Recent re-modelling of both historic and Equity’s 2020-21 drilling on the Camp Vein target has identified four separate and parallel ESE-trending veins, each of which project laterally eastward into the No 5 vein system. The new drilling will also test a 400-metre strike-length of the Camp – No. 5 vein systems and will continue extending the down dip projection of the of each the veins, which have been currently tested to 175 metres depth.

A total of 31 drill holes for 9,983 metres has now been completed by Equity Metals on the Silver Queen property in three successive phases of exploration drilling starting in late 2020. Four separate target areas have been tested and thick intervals of high-grade gold, silver and base-metal mineralization have been identified in each of the Camp Vein, No. 5, No. 3, and NG-3 Vein systems.

Numerous other veins occur throughout the target area forming an extensive conjugate set of northwest and east-southeast-trending mineralized structures. The No. 3 vein is the largest known vein set and has been extensively drilled, accounting for the majority of the current 2019 NI43-101 mineral resources identified on the property. Other veins have received more limited, and typically shallow, historic drilling but have encountered encouraging intercepts of precious and base metals. Several will be tested in the upcoming 2021/2022 exploration program.

Drill sites and targets for up to 15,000 metres of drilling have been identified to test the 2.5 kilometre strike-length through the Camp Vein, the No. 5 Vein, the Switchback Vein and NG-3 Vein systems, as well as several less defined vein targets. Drilling will continue through the Fall and into the Winter of 2022.

VP Exploration, Rob Macdonald, commented, “Equity’s initial drilling on the Camp Vein target both confirmed the high-grade potential of the vein system and led to a more comprehensive exploration model for the property. Guided by the new modelling, drilling will now focus on delineation of the Camp and No. 5 vein systems along the full 400 metre projected strike-length with a focus on increasing 43-101 Mineral Resources to our existing resource base, in addition to testing new targets on the Switchback, NG-3 and George Lake South veins.” 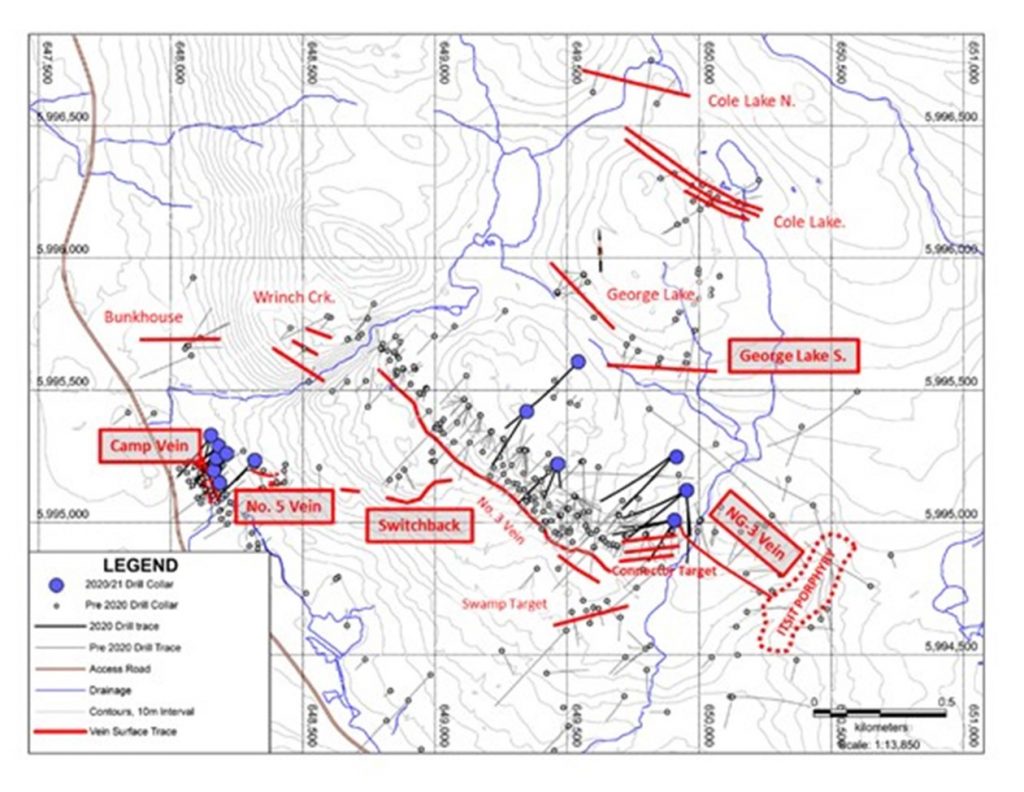 The Silver Queen Project is a premier gold-silver property with over 100 years of historic exploration and development and is located adjacent to power, roads and rail with significant mining infrastructure that was developed under previous operators Bradina JV (Bralorne Mines) and Houston Metals Corp. (a Hunt Brothers company). The property contains a historic decline into the No. 3 Vein, camp infrastructure, and a maintained Tailings Facility.

The Mineral Resource Estimate was prepared by Eugene Puritch, P.Eng., FEC, CET and Yungang Wu, P.Geo., of P&E Mining Consultants Inc. (“P&E”) of Brampton, Ontario, Independent Qualified Persons as defined by National Instrument 43-101. P&E Mining suggests that an underground mining scenario is appropriate for the project at this stage and has recommended a CDN$100/tonne NSR cut-off value for the base-case resource estimate.