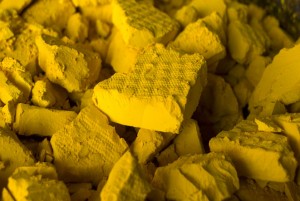 Energy Fuels and Strathmore believe the Transaction will position the newly combined Energy Fuels as the premier pure-play U.S. uranium company, supported by significant current uranium production of 1.175 million lbs. for its current fiscal year, as well as a robust pipeline of development projects. The U.S. remains the largest consumer of uranium globally, yet it is heavily reliant on imported uranium for over 90% of its supply requirements. Energy Fuels is well-positioned as a large, reliable source of uranium supply within the U.S., currently accounting for over 25% of estimated U.S. production.

Stephen Antony, President and CEO of Energy Fuels commented, “It is rare to find an acquisition that offers the magnitude of synergies that we believe exist between Energy Fuels and Strathmore. I am very excited about the merits of this transaction and the opportunity it represents for the shareholders of both companies. It is consistent with our corporate strategy and significantly strengthens the company’s long- term production profile throughout the Four Corners region of the southwest U.S. and in Wyoming. Strathmore is recognized for building a quality portfolio of U.S. uranium projects, and I look forward to working with them and their partners to realize the many synergies and to capitalize on the strengths that are created by this transaction.”

David Miller, Strathmore’s CEO continued, “We are excited to enter this transaction with Energy Fuels, which represents a strong fit with Strathmore’s asset base and a significant step forward in both the near- term and long-term development of our U.S. uranium portfolio. We evaluated this transaction extensively and believe the synergies between Energy Fuels and Strathmore are substantial. We look forward to the completion of this transaction which we expect will contribute to our shared goal of becoming the dominant uranium producer in the United States, and ultimately create significant value for our shareholders.”

Energy Fuels and Strathmore believe the Transaction will result in significant value creation for the shareholders of both companies through numerous synergies.

Energy Fuels’ White Mesa Uranium Mill is the only operating uranium mill in the U.S., centrally-located to service the Four Corners region, which includes numerous uranium projects in Arizona, New Mexico, Colorado and Utah owned by Energy Fuels, Strathmore, and others. Strathmore’s advanced stage Roca Honda uranium project in New Mexico is one of the largest and highest-grade uranium projects in the U.S. with an NI 43-101 compliant resource estimate. The Roca Honda project is held in the Roca Honda Resources LLC Joint Venture, which is owned 60% by Strathmore and 40% by Sumitomo Corporation of Japan. The total resources for Roca Honda are summarized in the table shown below:

According to the August 6, 2012 technical report prepared in accordance with NI 43-101 entitled, “Technical Report on the Roca Honda Project, McKinley County, New Mexico, U.S.A.”, which also includes a Preliminary Economic Analysis, the base case evaluation shows attractive project economics, including a Net Present Value of US$220 million (using an 8% discount rate and $75/lb. uranium price), a nine year mine life, $24/lb. operating cost, and production of 2.6 million lbs. of U3O8 per year. In March 2013, the U.S. Forest Service published a draft Environmental Impact Statement on Roca Honda.

The recently completed RHR PEA assumed that a new uranium mill would be built in New Mexico to process uranium from Roca Honda. Given that Roca Honda is located within transport distance of the White Mesa Mill, Energy Fuels and Strathmore believe the Transaction will provide the option to process Roca Honda uranium at the White Mesa Mill rather than at a newly constructed mill. This could result in significant savings on development capital expenditures and reduce Roca Honda’s permitting timeline and cost. Based upon certain forecasts contained within the RHR PEA, as well as previous experience in conventional ore processing at the White Mesa Mill, Energy Fuels believes there is the potential for Roca Honda to be the largest, and one of the lowest cost, producing mines in the Energy Fuels asset portfolio.

Energy Fuels and Strathmore caution that the RHR PEA is preliminary in nature and includes inferred resources that are considered to be too speculative geologically for economic consideration that would enable them to be classified as mineral reserves. Mineral resources are not mineral reserves and do not have demonstrated economic viability. There is no certainty that the RHR PEA will be realized.

Strathmore’s Gas Hills, Wyoming uranium project is located only 28 miles from Sheep Mountain. Gas Hills is currently being developed by Strathmore pursuant to a phased joint venture agreement with Korea Electric Power Company. According to a March 22, 2013 technical report prepared in accordance with NI 43-101entitled “Update of Gas Hills Uranium Project, Fremont and Natrona Counties, Wyoming, USA”, Strathmore showed a substantial increase in uranium resource estimates from the previous July 2012 report, including 2,300,000 tons of Indicated Resources containing 5,400,000 lbs. of eU3O8 with an average grade of 0.13% eU3O8. In addition, the technical report estimates that Gas Hills contains 3,900,000 tons of Inferred Resources containing 5,500,000 lbs. of eU3O8 with an average grade of 0.07% eU3O8. Under its joint venture agreement with Strathmore, KEPCO has the option to earn-in up to a 40% interest in Gas Hills by spending US$32 million over three years beginning in 2013. Energy Fuels and Strathmore believe that significant synergies exist between Sheep Mountain and Gas Hills which can be realized through combining the two projects including:

KEPCO (NYSE:KEP)(KRX:015760) is the largest electric utility in South Korea, responsible for the generation, transmission and distribution of electricity and the development of electric power projects. KEPCO is responsible for 93% of South Korea’s electricity generation. The South Korean government owns a 51% equity interest in KEPCO. KEPCO is understood to be the largest shareholder of both Energy Fuels and Strathmore, owning 9.1% and 11.7% respectively. An affiliate of KEPCO will be Energy Fuels’ largest uranium customer during Energy Fuels’ Fiscal Year 2013. In addition, KEPCO is Strathmore’s partner at Gas Hills. KEPCO has expressed its willingness to enter into a support agreement with both Energy Fuels and Strathmore to, amongst other things, vote their common shares of each company in favour of the Transaction. Based on each company’s common shares currently outstanding, following the closing of the Transaction, KEPCO will own 9.6% of Energy Fuels’ common shares. In addition, following the closing of the Transaction, Energy Fuels will appoint a director, nominated by KEPCO, to join Energy Fuels’ Board of Directors.

In addition to the aforementioned Strathmore assets, which Energy Fuels believes are synergistic with its existing portfolio, Strathmore owns a number of other property assets and royalties, which, in the opinion of Energy Fuels and Strathmore, enhance the overall value of the Transaction. These assets include a number of additional uranium properties, as well as the Copper King gold/copper project located in southeastern Wyoming. After closing of the Transaction, Energy Fuels intends to complete a thorough evaluation of these assets to determine how best to enhance shareholder value.

Pursuant to the LOI, the completion of the Transaction is conditional upon a number of items, including, without limitation, the entering into of a definitive agreement, required shareholder approvals, receipt of all necessary regulatory approvals, and other customary conditions. Upon closing of the Transaction, Strathmore will nominate one director to join the Energy Fuels Board of Directors. In addition, other key Strathmore executive team member(s) will be retained on a consulting basis to advise Energy Fuels post- closing. The Management Teams and Boards of Directors of both Energy Fuels and Strathmore have expressed their willingness to enter into support agreements to, amongst other things, vote their common shares owned in favour of the Transaction.

The LOI contains customary deal support provisions, including a reciprocal expense reimbursement fee of $650,000 payable to the other party if either party does not obtain shareholder approval of the Transaction, as well as a reciprocal break fee of $1,300,000 payable if the Transaction is not completed in certain other circumstances. In addition, the LOI includes customary non-solicitation covenants by Strathmore, as well as the right for Energy Fuels to match any superior proposal that may arise.

Strathmore’s outstanding options and warrants will be adjusted in accordance with their terms such that the number of Energy Fuels shares received upon exercise and the exercise price will reflect the exchange ratio described above.

The Transaction is expected to be completed in August 2013 or such later date as the parties may agree. A special meeting of the shareholders of Strathmore and, if required, Energy Fuels, to approve the Transaction will each be held at a time yet to be determined.

Other Strathmore Assets To Be Acquired Separately by Energy Fuels

Strathmore owns a 5% gross production royalty on the Reno Creek in-situ recovery uranium project in Wyoming, which is currently owned by an affiliate of Bayswater Uranium Corporation . Reno Creek is an advanced stage project, which recently released a pre-feasibility study in March 2013 which, according to an April 2, 2013 press release issued by Bayswater, is in the process of being amended to incorporate the Royalty.

As a form of interim funding to Strathmore pending the approval and closing of the Transaction, Energy Fuels has agreed to separately acquire the Royalty from Strathmore in exchange for consideration of CDN $3,000,000 by way of a non-interest bearing, unsecured, convertible, promissory note. The Note shall be repaid in three equal monthly cash installments of $500,000, beginning with the first installment due on June 28, 2013. Following payment of the third installment, the outstanding balance of CDN $1,500,000 is payable on October 31, 2013, either by cash payment or, at the option of Energy Fuels, by the issuance and delivery to Strathmore of the equivalent amount of common shares in the capital of Energy Fuels, based on the previous five day volume weighted average price.

The technical information in this news release has been prepared in accordance with the Canadian regulatory requirements set out in National Instrument 43-101 and reviewed by Stephen Antony, President and Chief Executive Officer for Energy Fuels Inc. and David Miller, Chief Executive Officer for Strathmore Minerals Corp., both Qualified Persons under National Instrument 43-101.

Energy Fuels Inc. is America’s largest conventional uranium producer, supplying approximately 25% of the uranium produced in the U.S., and is also a significant producer of vanadium. The company operates the White Mesa Mill, which is the only conventional uranium mill currently operating in the U.S., capable of processing 2,000 tons per day of uranium ore. Energy Fuels has projects located throughout the Western U.S., including producing mines and mineral properties in various stages of permitting and development.

Strathmore Minerals Corp. is a Canadian based resource company specializing in the strategic acquisition, exploration and development of mineral properties in the United States. Headquartered in Vancouver, British Columbia with a branch administrative office in Kelowna, the company also has U.S. based Development Offices in Riverton, Wyoming and Santa Fe, New Mexico.