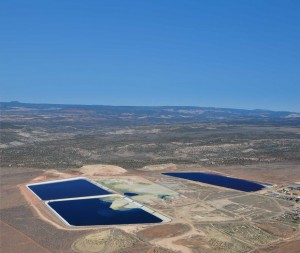 Energy Fuels Inc. (TSX:EFR) is pleased to announce the closing of its previously announced bought deal private placement of units of the Company pursuant to an underwriting agreement with Dundee Securities Ltd. (as sole bookrunner), Haywood Securities Inc. and Cantor Fitzgerald Canada Corporation. A total of 47,380,791 Units were issued at a price of C$0.14 per Unit for aggregate gross proceeds of C$6,633,310. Following strong investor interest, the Offering was increased from the previously announced maximum size of C$5,750,115. Each Unit consists of one common share of the Company and one-half of one common share purchase warrant. Each whole Warrant entitles the holder thereof to acquire one Common Share at a price of C$0.19 at any time until June 15, 2015. The Common Shares and Warrants are subject to a four month statutory hold period that will expire October 14, 2013. The Warrants will not be listed for trading.

The net proceeds of the Offering will be used for future exploration and development expenditures, future potential mineral property acquisitions, and for general corporate purposes.

The Company is America’s largest conventional uranium producer, supplying approximately 25% of the uranium produced in the U.S., and is also a significant producer of vanadium. The Company operates the White Mesa Mill, which is the only conventional uranium mill currently operating in the U.S., capable of processing 2,000 tons per day of uranium ore. The Company has projects located throughout the Western U.S., including producing mines and mineral properties in various stages of permitting and development.