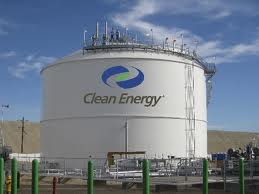 Energy Fuels Inc. (NYSE MKT:UUUU) (TSX:EFR) is pleased to announce that it has entered into a Securities Purchase Agreement to sell all of its shares of Bayswater Uranium Corp. to Mega Uranium Ltd. (TSX:MGA) in exchange for 1,750,000 newly issued common shares of Mega. Energy Fuels acquired 2,759,807 shares of Bayswater as part of its August 30, 2013 acquisition of Strathmore Minerals Corp. The 2,759,807 shares represent approximately 11.5% of the issued and outstanding shares of Bayswater. The transaction is expected to be completed on or before January 17, 2014, or such other date as the parties may agree, and is subject to various conditions including acceptance by the Toronto Stock Exchange. The shares of Mega being acquired by Energy Fuels will be issued on a private placement basis and are subject to a statutory four-month holding period.

Stephen P. Antony, President and CEO of Energy Fuels stated: “Energy Fuels and Mega have an established relationship, and Energy Fuels is already a shareholder of Mega through a previous non-core asset sale. Mega’s market capitalization is currently significantly lower than the Toro Energy Limited common shares it received as consideration for its sale of the Maitland Lake uranium project, which closed on November 19, 2013. Mega also owns other investments, including about 17% of the currently outstanding shares of NexGen Energy Ltd. Energy Fuels is pleased to increase its investment in Mega at this time.”

About Energy Fuels: Energy Fuels is currently America’s largest conventional uranium producer, supplying approximately 25% of the uranium produced in the United States. Energy Fuels operates the White Mesa Mill, which is the only conventional uranium mill currently operating in the U.S. The mill is capable of processing 2,000 tons per day of uranium ore and has a licensed capacity of over 8 million lbs. of U3O8 per year. Energy Fuels has projects located throughout the Western U.S., including producing mines and mineral properties in various stages of permitting and development. The Company’s common shares are listed on the Toronto Stock Exchange under the trading symbol “EFR” and on the NYSE MKT under the trading symbol “UUUU”.