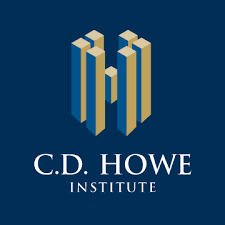 Government policies are piling on to reduce the competitiveness of energy producers in Western Canada, according to a new report from the C.D. Howe Institute.

In the first edition of the annual policy report card for the energy sector, “Death by a Thousand Cuts? Western Canada’s Oil and Natural Gas Policy Competitiveness Scorecard,” author Benjamin Dachis performs an apples-to-apples comparison of the policy-induced costs on natural gas and conventional oil producers in Canada and the United States.

“Canadian energy producers are at a competitive disadvantage relative to producers in the United States,” Dachis notes. “Much attention has been paid to carbon taxes, but a lack of market access for oil and taxes on investment – not emissions prices – are the main policy-induced competitiveness problems for conventional energy producers in Western Canada.”

Dachis’ analysis takes the cost and productivity characteristics of an average oil well and an average natural gas well along the Alberta border with British Columbia and uses them as “reference wells” to estimate the cost of policies elsewhere for the same hypothetical well. The study takes into account policy-induced costs, including lack of market access, taxes on investment and royalties, property and municipal taxes, and carbon pricing costs.

Overall, an average oil well in Alberta encountered around $770,000 in policy-induced costs, about the same as what a similar oil well would face in Saskatchewan, while wells in US states faced less than half such costs.

“Policymakers now need to take steps to ensure that approved new pipelines get built and to reduce the burden of corporate income, royalties, and property taxes, especially in light of recent US tax reforms,” concludes Dachis.

The C.D. Howe Institute is an independent not-for-profit research institute whose mission is to raise living standards by fostering economically sound public policies. Widely considered to be Canada’s most influential think tank, the Institute is a trusted source of essential policy intelligence, distinguished by research that is nonpartisan, evidence-based and subject to definitive expert review.