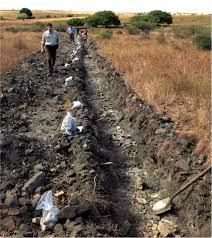 Energizer Resources Inc. (TSX:EGZ) (OTCQX:ENZR) (WKN:A1CXW3) is pleased to announce that it has closed its previously announced private placement offering of 20,550,998 special warrants of the Company at a price of C$0.12 per Special Warrant, representing aggregate gross proceeds of approximately C$2.5 million.

The Special Warrants will be deemed to be exercised without payment of additional consideration or further action, on the earlier of: (i) the third business day following the day upon which the Company obtains a receipt for a final prospectus (the “Final Prospectus”) qualifying the underlying Common Shares, Warrants, Warrant Shares (collectively the “Underlying Securities”) from the securities regulatory authority in each of the provinces of British Columbia, Ontario, Alberta and further provided that the Company has filed (and has in effect) a resale registration statement (the “Registration Statement”) in the United States with the Securities and Exchange Commission relating to the Underlying Securities; and (ii) November 4, 2015.

The Company will use its commercially reasonable efforts to (i) file and obtain a receipt for the Final Prospectus and (ii) file (and have in effect) the Registration Statement as soon as reasonably practicable.

The Offering was led by Secutor Capital Management Corporation.

The net proceeds of the Offering are anticipated to be used to further develop the Molo Graphite Project and for general working capital purposes.

Energizer Resources is a mineral exploration and mine development company based in Toronto, Canada, that is developing its 100%-owned, feasibility-stage flagship Molo Graphite Project in southern Madagascar.