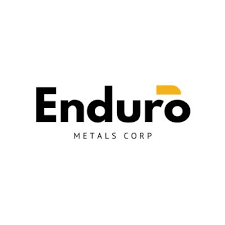 The Offering will consist of two parts for gross proceeds up to $10,840,000 as follows:

The Company intends to use the proceeds of the Offering for the exploration of the Company’s key projects located in the Golden Triangle and for general working capital purposes. The gross proceeds from the issuance of the FT Shares will be used for “Canadian Exploration Expenses” that will qualify as “flow through mining expenditures” (within the meaning of the Income Tax Act (Canada)), which will be renounced with an effective date no later than December 31, 2022 to the purchasers of the FT Shares in an aggregate amount not less than the gross proceeds raised from the issue of the FT Shares. If the Qualifying Expenditures are reduced by the Canada Revenue Agency, the Company will indemnify each subscriber of FT Shares for any additional taxes payable by such subscriber as a result.

The Offering is scheduled to close on or around May 19th, 2022 and is subject to certain conditions including, but not limited to, the receipt of all necessary approvals including the approval of the TSXV.

All securities issued will be subject to a four-month hold period from the date of issuance and subject to TSX Venture Exchange approval. The securities offered have not been registered under the United States Securities Act of 1933, as amended, and may not be offered or sold in the United States absent registration or an applicable exemption from the registration requirements.

Enduro Metals is an exploration company focused on it’s flagship Newmont Lake Project; a total 654km2 property located between Eskay Creek, Snip, and Galore Creek within the heart of northwestern British Columbia’s Golden Triangle. Enduro entered into an now-completed 100% option agreement to acquire 436km2 from Romios Gold Resources who has carefully amalgamated the area since 2005 from numerous smaller operators. The remaining 202 km2 is owned 100% by Enduro and was acquired via staking or cash purchase. Building on prior results, the Company’s geological team have outlined 4 deposit environments of interest across the Newmont Lake Project including high-grade epithermal/skarn gold along the McLymont Fault, copper-gold alkalic porphyry mineralization at Burgundy, high-grade epithermal/skarn silver/zinc at Cuba, and a large 9km x 4km geochemical anomaly hosting various gold, silver, copper, zinc, nickel, cobalt, and lead mineralization along the newly discovered Chachi Corridor.