Endeavour Silver Re-Commissions El Cubo Plant on Time and Budget; Plant Now Operating at Mine Output of 1,100-1,200 Tonnes per Day

Endeavour Silver Re-Commissions El Cubo Plant on Time and Budget; Plant Now Operating at Mine Output of 1,100-1,200 Tonnes per Day 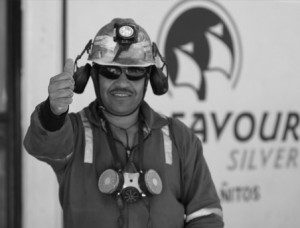 Endeavour Silver Corp. (TSX:EDR) (NYSE:EXK) announces that the re-commissioning of the newly rebuilt plant at its El Cubo mine in Guanajuato, Mexico was successfully completed on May 31, on time and budget. The El Cubo plant is now operating at the current mine output of 1,100-1,200 tonnes of ore per day (tpd).

More than 600,000 hours of work have been completed to date on the plant and infrastructure capital projects with no lost time accidents, an outstanding accomplishment. The reconstruction of the plant was managed by Smith Foster Associates, Promimet was the main procurement and construction contractor and several smaller contractors also worked on various capital projects. The tailings facility was engineered by AMEC and built by Endeavour personnel working with local contractors.

For an updated photo essay of the plant reconstruction program, shareholders are invited to visit the El Cubo page on our recently re-launched website at http://edrsilver.com/projects/production/el_cubo/.

Work to bring the plant capacity up to 1,550 tpd is well advanced and should be completed by month-end. At that time, management plans to start processing up to 350 tpd of additional ore from the Bolanitos mine located in the same district as El Cubo only 15 kilometres away. Other capital projects such as the refurbishment of the leach and CCD circuits are on track for completion by year-end.

Due to the successful re-commissioning of the El Cubo plant, Endeavour plans to return the nearby leased Las Torres plant to its owner, Fresnillo plc, on June 10, 2013. The Company budgeted for up to 15% down time in El Cubo plant availability during the second quarter (estimated 15,000 tonnes) for the re-commissioning process and actual lost time and tonnage only slightly exceeded that.

Bradford Cooke, CEO of Endeavour Silver, commented, “To rebuild and re-commission the El Cubo plant on time and budget in just seven months is truly a remarkable achievement. We knew this would be a massive task but everyone rolled up their sleeves and did what had to be done. I would personally like to thank each and every one of the people involved, our management team, operations people, project management and construction contractors for their magnificent efforts to accomplish this goal – bravo!”

Endeavour Silver acquired the El Cubo mine in July 2012 and launched a two-step strategy to turn around the operations from losses to profits and make new exploration discoveries to fuel future mine expansions. The two year operational turn-around program has been bearing fruit, with production grades slowly climbing, lost time accident rate falling and operating costs declining in recent quarters.

While much work remains to be done to unfold the full potential of El Cubo, one of the key initiatives to facilitate an operating turn-around was a $67.1 million capital investment program, including $34.0 million to upgrade mining equipment and accelerate mine exploration and development and $33.1 million to modernize the plant, buildings and surface infrastructure.

The bulk of these capital investments have now been completed, and thanks in part to cost cutting programs initiated in April, Endeavour Silver remains in strong financial shape. The Company reduced its work force by 15%, primarily at El Cubo, working capital is approximately $42 million and Endeavour still has $39 million of credit available on its $75 million revolving credit line with Scotiabank.