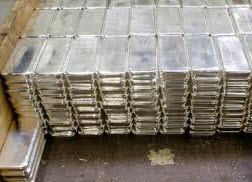 Endeavour Silver Corp. (TSX:EDR)(NYSE:EXK) announced today it has implemented cost reductions and revised its 2013 financial plan in response to reduced metal price expectations for the year.

Over the last two weeks, Endeavour conducted a company-wide cost review and identified cost cutting opportunities across the full spectrum of company activities, including the board of directors and management team, and from head office to the mine-sites. None of the cost reductions are expected to negatively impact the Company’s mine plan or forecasted silver production in 2013.

As a result, management has initiated cost reductions in all areas, including but not limited to:

Bradford Cooke, CEO of Endeavour, stated, “Endeavour management successfully cut costs across the board through a similar market down-turn in 2008 and the Company emerged financially stronger and more profitable as a result. It pays to be prudent at times like this.”

Endeavour Silver also announced that re-commissioning of the newly rebuilt El Cubo plant and surface infrastructure is now underway ahead of schedule. While there are still many “loose ends” to be completed by year-end, most of the re-construction program is now complete and the El Cubo plant is scheduled to be up and running at capacity within the next four weeks.

Endeavour is a mid-cap silver mining company focused on the growth of its silver production, reserves and resources in Mexico. Since start-up in 2004, Endeavour has posted eight consecutive years of growing silver production, reserves and resources. The organic expansion programs now underway at Endeavour’s three operating silver mines in Mexico combined with its strategic acquisition and exploration programs should facilitate Endeavour’s goal to become the next premier senior silver mining company.