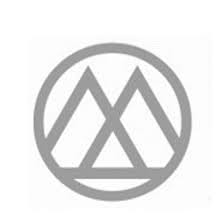 Endeavour Mining (TSX:EDV) (OTCQX:EDVMF) is pleased to announce its financial and operating results for the first quarter of 2020, with highlights provided in the table below.

Sébastien de Montessus, President & CEO, commented: “We have started 2020 well with continued momentum across the business, as production and costs from all our mines track in line with our full-year guidance.

To date, our operations have not been significantly impacted by COVID-19. We have implemented a business continuity plan and are working very closely with host governments to support a coordinated response in the communities where we operate. In the few instances where we had positive cases, those individuals are fully recovered and have returned to work.

This quarter we are particularly pleased to have achieved a record in operating cash flow, which has enabled us to further reduce our net debt by $55 million. The additional cash will help to ensure the resilience of our balance sheet as we respond to the current operating environment and will provide us with capital allocation flexibility going forward as we place an increased focus on return on capital employed.

Exploration remains a core strategic pillar and during the quarter we invested nearly 40% of our annual budget across the portfolio. Over the coming months, we expect to see the fruits of this activity as we announce resource increases for the Kari area at Houndé, the Le Plaque area at Ity, and at Fetekro. In addition, we aim to demonstrate the value created by publishing increased reserves and updated mine plans at both Houndé and Ity along with a PEA for Fetekro.

As we look ahead, we are well advanced in our planning to integrate our operations with SEMAFO. We remain excited about this combination and the value that it will create for all our stakeholders.”

Since the outbreak of the global COVID-19 pandemic, Endeavour has been focused on ensuring the well-being of its employees, contractors and local communities, while ensuring business continuity. In addition, host governments have taken strict and pro-active measures to minimize overall exposure.

Our primary focus is protecting the well-being of employees, contractors and local communities

PRODUCTION AND AISC ON TRACK TO MEET FULL-YEAR GUIDANCE

Amounts include expensed, sustaining, and non-sustaining exploration expenditures. Amounts may differ from MD&A due to rounding.

The table below presents the cash flow for the three-month periods ending March 31, 2019 and 2020 and December 31, 2019 based on the All-In Margin approach, with accompanying notes below.

Certain line items in the table above are NON-GAAP measures. For more information and notes, please consult the Company’s MD&A.

The table below summarizes the Q1-2020 working capital movements compared to Q4-2019.

Net Debt and Adjusted EBITDA are NON-GAAP measures. For a discussion regarding the company’s use of NON-GAAP Measures, please see “note regarding certain measures of performance” in the MD&A.

Adjusted Net Earnings is a NON-GAAP measure. For a discussion regarding the company’s use of NON-GAAP Measures, please see “Note Regarding Certain Measures of Performance” in the MD&A.

On May 1, 2020, Endeavour and SEMAFO filed the joint management information circular for the extraordinary general and special meetings of Endeavour and SEMAFO to be held on May 28, 2020 (the “Meetings”). The purpose of the Meetings is to seek approval for the previously announced proposed acquisition by Endeavour of all the issued and outstanding securities of SEMAFO by way of a Plan of Arrangement under the Business Corporations Act (Québec) (the “Transaction”), amongst other matters.  The Meetings will be held at 9:30 a.m. (Eastern Time) on May 28, 2020. In response to the global COVID-19 pandemic, Endeavour and SEMAFO will be convening and conducting virtual-only Meetings via live audio webcasts. All shareholders who wish to attend the virtual Meetings must follow the procedures set out in the circular.  Shareholders who are unable to attend the virtual Meetings are strongly encouraged to complete, date, sign and return the form of proxy (in the case of registered shareholders) or voting instruction form (in the case of non-registered shareholders) provided with the meeting materials so that as many shareholders as possible are represented at the Meetings.

For any questions or assistance with voting their proxies, shareholders should contact Kingsdale Advisors, the joint proxy solicitation agent of Endeavour and SEMAFO, by telephone at 1-866-581-0508 (+1-416-867-2272 for collect calls outside North America) or by email at contactus@kingsdaleadvisors.com.

In addition to the Endeavour and SEMAFO shareholder approvals described above, the Transaction is subject to the approval of the Superior Court of Québec and the satisfaction of certain other customary closing conditions which are more fully described in the circular.  Endeavour has received a notice from the Director of Investments under the Investment Canada Act (the “ICA”) stating that the Minister Innovation, Science and Industry requires additional time to consider whether a review of the Transaction under section 25.3(1) of the ICA concerning national security is needed.  Endeavour will work with the Director to address any outstanding questions or concerns, although it is not aware of any particular reasons for the notice. The Minister has until June 25, 2020 to consider whether to order such a review.  If no such order is issued, and assuming all of the conditions to the Transaction are satisfied or waived, the closing of the Transaction is expected to occur before the end of June 2020.

Endeavour is also announcing the postponement of its Annual General Meeting of Shareholders in reliance on the exemptive relief announced by the TSX in Staff Notice 2020-0002 and by the British Columbia Securities Commission in BC Instrument 51-516 – Temporary Exemptions from Certain Requirements to File or Send Securityholder Materials. Endeavour anticipates that it will hold its AGM in the first half of Q3-2020, with an exact date to be specified.

Clinton Bennett, Endeavour’s Vice-President of Technical Services – a Member of the Australasian Institute of Mining and Metallurgy, is a “Qualified Person” as defined by National Instrument 43-101 – Standards of Disclosure for Mineral Projects (“NI 43-101”) and has reviewed and approved the technical information in this news release.

Endeavour Mining is a TSX listed intermediate African gold producer with a solid track record of operational excellence, project development and exploration in the highly prospective Birimian greenstone belt in West Africa. Endeavour is focused on offering both near-term and long-term growth opportunities with its project pipeline and its exploration strategy, while generating immediate cash flow from its operations.