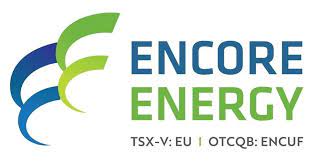 enCore Energy Corp. (TSX-V: EU) (OTCQB: ENCUF) is pleased to announce the results of a Preliminary Economic Assessment for the company’s recently consolidated Juan Tafoya and Marquez projects located in the Grant’s Uranium District in northwest New Mexico.  This is the first PEA for the projects as this is the only time in recent history that the two contiguous mineralized properties have been held under the same company.  The PEA was constructed based on a combined and updated NI 43-101 Technical Report using an Indicated resource of 7.1 million tons at a grade of 0.127% eU3O8 for a total of 18.1 million pounds of U3O8.

“This initial PEA enables enCore to illustrate the economic opportunities of the combined Juan Tafoya and Marquez deposits which have been consolidated with the Westwater Resources transaction completed at year end 2020.  This report assumed conventional underground operation and recovery through a newly constructed conventional mill, though the authors did acknowledge that further research may prove the property amenable to either in-situ recovery (“ISR”) or heap leach processing; either of which would have a positive material impact on the economic conclusions of the current PEA.” said Paul Goranson, Chief Executive Officer. “This study points to the economic importance of our conventional assets in New Mexico, with further work it may well be determined that some, or conceivably most, of the uranium at Juan Tafoya-Marquez might be amenable to lower cost recovery options including ISR or heap leaching.”

The PEA evaluated the economics of mining at Juan Tafoya-Marquez through underground mining and on-site processing (milling) to produce yellowcake. The study has an effective date of June 9, 2021, and was prepared by Douglas L. Beahm, P.E, P.G., of BRS Inc. in cooperation with Terence P. McNulty, P.E., PhD, of McNulty and Associates.

Life of Mine Cost Summary

The base case summarized above assumes the owner will purchase all mining equipment.  The base case assumes mining and milling at an average rate of 1000 tons per day year-round

The mineral resources used in this PEA include Indicated mineral resources estimated by Douglas Beahm.  The resources are found in two different stacked sands currently identified on the Juan Tafoya-Marquez property. Mineralization occurs in a third upper sand but is insufficiently defined to be included in this report.  The in-situ estimates used electronic logs from 926 drill holes and over 575,809 meters of drilling.

Douglas H. Underhill, PhD, CPG, enCore’s Chief Geologist, is the Company’s designated Qualified Person for this news release within the meaning of NI 43-101 and has reviewed and validated that the information contained in the release is consistent with that provided by the QP’s responsible for the PEA.

enCore Energy Corp. is a U.S. domestic uranium developer focused on becoming a leading in-situ recovery (ISR) uranium producer. The Company is led by a team of industry experts with extensive knowledge and experience in the development and operations of in situ recovery uranium operations. enCore Energy’s opportunities are created from the Company’s transformational acquisition of its two South Texas production facilities, the changing global uranium supply/demand outlook and opportunities for industry consolidation.  These short-term opportunities are augmented by our strong long term commitment to working with local indigenous communities in New Mexico where the company holds significant uranium resources including the NI 43-101 resources at the partially permitted Crownpoint-Hosta Butte property and the NI-43-101 resources at the Juan Tafoya-Marquez property.