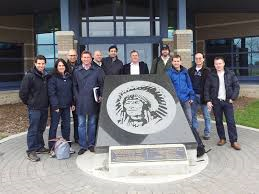 Encanto Potash Corp. (TSX-V:EPO) (OTCQX: ENCTF) is pleased to announce all six ballots for the Muskowekwan First Nation Surface Designation vote have passed with a large majority. There were six separate ballots including those to allow for the construction and operation of a potash solution mine on both reserve land and pre-reserve land and also leasing the surface of the Treaty Land Entitlement Reserve Land and Home Reserve land to support development on reserve.

Ballot results each closed with a strong majority in favour of continuing to develop the first producing potash mine on First Nation land.

Muskowekwan First Nation Chief Reginald Bellerose commented: “Once again, my people have demonstrated that we are interested and greatly in favour of seeing an operating potash solution mine on our land and enjoying the associated benefits through educational advancements, increased employment opportunities and self-sourced revenue generation.”

“We’re very pleased with the results of the Muskowekwan Surface Designation Vote and the consistently demonstrated strong support from our First Nation partners. We continue to put in the time and effort necessary to advance what we feel is soon to be the most attractive opportunity in the junior potash space and believe that these results help to pave the way towards an increased pace of development” stated Encanto President and CEO, James Walchuck.

Encanto is currently exploring domestic & international strategic partnerships for the financing, development and sale of potash production from its MFN JV Property.