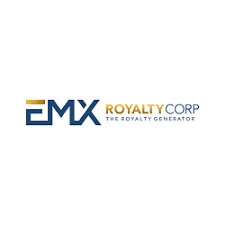 EMX Royalty Corporation (TSX-V: EMX) (NYSE American: EMX) is pleased to announce the closing of a US$3.79 million strategic investment in Ensero Holdings, Inc. a privately-held Delaware corporation. Ensero Holdings, Inc. operates through its wholly-owned subsidiary Ensero Solutions, Inc. formerly known as Alexco Environmental Group which was previously the wholly-owned environmental services subsidiary of Alexco Resource Corp. Ensero has been a successful and steadily growing environmental consulting practice focused on mine reclamation and the implementation of innovative remediation technologies in the United States and Canada. EMX’s investment in Ensero provides for positive cash flow to the Company from dividend and other payments totaling US$8.54 million over seven years and a 7.5% equity position, as well as the basis for a strategic alliance to identify mineral properties for acquisition, reclamation and subsequent sale.

Commercial Terms Overview. A summary of the commercial terms of EMX’s strategic investment in Ensero includes (all dollar amounts in USD):

The Preferred Share bonus dividend and redemption will total $7.24 million to be paid to EMX in years six and seven of the Agreement.

The Company’s $3.79 million investment in Ensero will result in total payments to EMX of $8.54 million over a seven-year period, with EMX maintaining a substantial equity holding in Ensero as Common Shares.

EMX is a precious and base metals royalty company. EMX’s investors are provided with discovery, development, and commodity price optionality, while limiting exposure to risks inherent to operating companies.