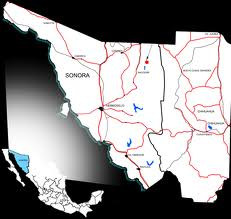 El Tigre Silver Corp. (TSX-V:ELS) (OTCQX:EGRTF) (FRANKFURT:5RT) is pleased to announce that it has closed its previously announced non-brokered private placement of an aggregate of 6,000,000 units of the Company for aggregate gross proceeds of $1,500,000. Each Unit consists of a common share of the Company and one-half of a common share purchase warrant. Each whole Warrant entitles the holder to acquire an additional common share of the Company for a period of 24 months from the date of issue at a price of $0.38 per share, provided that, if over a period of 20 consecutive trading days after the expiry of the hold period on the warrants, the daily volume weighted average trading price of the common shares of the Company on the TSX Venture Exchange is greater than $0.50, then at the Company’s discretion, it may, within 10 days of such 20 day period, accelerate the expiry date of the Warrants to a date 30 days after the date of the notice.

The Private Placement is subject to regulatory approval, and the common shares, together with the shares issued on the exercise of the Warrants, will be restricted from trading for a period of four months and a day from the date of issuance of the Units, being June 15, 2014, in compliance with TSX Venture Exchange policies and securities legislation.

The proceeds from the Private Placement will be used to continue exploration on the El Tigre Property and for general working capital purposes.

This news release does not constitute an offer to sell or the solicitation of an offer to buy, nor shall there be any sale of these securities, in any jurisdiction in which such offer, solicitation or sale would be unlawful prior to registration or qualification under the securities laws of such jurisdiction. The securities have not been and will not be registered under the United States Securities Act of 1933, as amended (the “U.S. Securities Act”), or any state securities laws and may not be offered or sold within the United States or to, or for the account or benefit of, “U.S. persons,” as such term is defined in Regulation S under the U.S. Securities Act, unless an exemption from such registration is available.