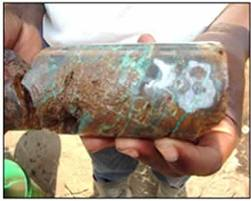 El Nino Ventures Inc. (TSXV: ELN) (OTCPINK: ELNOF) (Frankfurt: E7Q) is pleased to announce that the Company has been successful in winning its arbitration proceedings against both George Kavvadias and Global Consulting Group Ltd. a company controlled by George Kavvadias. The arbitrator has overwhelmingly found El Nino’s claims to be valid and in making his award to El Nino, the Arbitrator has declared the following in favour of El Nino:

Harry Barr President and Chairman commenting on the results of the arbitration stated that, “Although the arbitration took an exceedingly long time to complete, the results justified management’s relentless efforts to bring Mr. Kavvadias/GCP to accountability and retain the assets on behalf of the shareholders in its 70% owned joint venture company Infinity Resources Sprl. The above is a partial award and a hearing is set for early February, 2014 to determine further costs in favour of El Nino which include its legal costs and other costs of the arbitration. Management of ELN is expecting this award to be substantial. As this was an international commercial arbitration, the results will support the company’s efforts in the DRC to bring closure to the appeals by Mr. Kavvadias from being removed as Gerant and for his fraudulent attempt to transfer the Kasala mining permits into his company Mikuba Mining. To date, we have received a great deal of interest from major and mid-size companies who may want to joint venture with El Nino on the Kasala project. We will continue to advance discussions with the interested parties with an aim to advance the Kasala project in 2014.”

El Nino would like to acknowledge our joint venture partner, Mr. Hassan Sabra, who has continually worked within the framework of the Joint Venture to advance the Kasala project and has worked tirelessly with El Nino to secure the assets of Infinity Resources Sprl.

GCP was also responsible in law both as manager of Infinity and under the Joint Venture Agreement and the Option Agreement to account for monies received by Infinity. GCP was obliged to prove that monies paid by El Nino were not improperly diverted. GCP attempted to prove that all monies were properly spent by tendering extensive accounting records at the evidentiary hearings. Many of these documents should have been provided to El Nino years earlier. It was not possible to verify from these confusing accounts that monies paid by El Nino were properly spent on the Kasala project. Where a party subject to trust-like obligations is guilty of unconscionable conduct the party to whom those duties are owed is entitled to equitable compensation.

Management believes that having the Kasala project back under the company’s control will contribute further value to our shareholders and complement the company’s existing portfolio of assets which include our interests in the Murray Brook project and the BOJV in the Bathurst Mining Camp, New Brunswick.

El Niño Ventures Inc. is an international exploration company, focused on exploring for zinc, copper, lead, and silver in New Brunswick, Canada and copper/cobalt in the Democratic Republic of Congo (“DRC”).