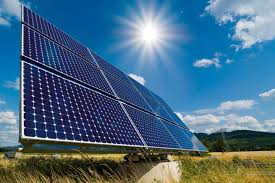 Enerdynamic Hybrid Technologies Corp. (TSX-V:EHT) is pleased to announce that it has completed a brokered private placement of 5,050,000 flow through shares issued at a price of $0.80 each for gross proceeds of $4,040,000.

Mr. John Gamble, CEO of the Company said “This financing supports the previously announced acquisition of up to 46 Megawatts of solar energy projects in Ontario.”

Kingsdale Capital Markets Inc. acted as agent for the private placement. EHT has paid the Agent cash compensation of $303,000 and agent warrants to purchase 505,000 common shares, each agent warrant exercisable for one (1) common share on or before two (2) years from the date of issue at a price of $0.80 per common share.

Following completion of the Offering, there are 70,839,446 issued and outstanding common shares of EHT.