Eastplats Suspends Funding for the Crocodile River Mine Development Plan

Eastplats Suspends Funding for the Crocodile River Mine Development Plan 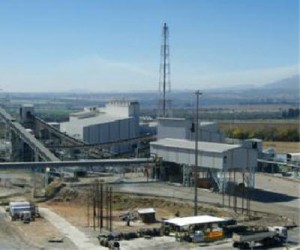 Eastern Platinum Limited (TSX:ELR)(AIM:ELR)(JSE:EPS) reports that due to the continuing negative outlook in the global economic environment, the sustained weakness in PGM pricing and the current operating environment in South Africa, it has decided to suspend funding for the Crocodile River Mine “Development Plan” previously announced on June 12, 2012. The Company will continue to reassess the viability of production at CRM and reinitiate funding for production once conditions support such a decision.

This decision to suspend funding for CRM was influenced by both macro and micro-economic issues. The 2008 financial meltdown and its impact on European car sales resulted in a reduction in platinum demand and this shows no signs of a near term recovery; year-on-year European car sales have declined every single month since October 2011. At CRM, the costs per tonne milled have risen by 82% since the beginning of 2007 and the PGM basket price has fallen by 17% in Rand terms over the same period. Ongoing labour unrest continues to negatively impact productivity throughout the South African mining sector. When taken together, the impact of a stagnant commodity market, the rising costs of mining and decreasing productivity have resulted in it becoming increasingly difficult to justify the continued level of funding required for the CRM development plan.

“Given the stagnation of the European car market together with a continuing resistance to any significant large scale production cuts from the larger producers, we expect that the industry will have to contend with much lower metal prices than previously projected in the short and medium term. Ongoing cost pressure and decreasing productivity in South Africa continue to significantly reduce free cash flow. After a considerable amount of review and evaluation Eastplats sees no merit in depleting the financial resources of the Company in this economic and operating environment,” stated Ian Rozier, President and CEO.