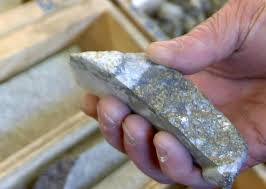 Eastmain Resources Inc. (TSX:ER) has executed a Letter Agreement with Darnley Bay Resources Limited to grant DBL the option to acquire a 50-per-cent undivided interest in its Lac Lessard Property currently wholly-owned by Eastmain, and to create a joint operation once the option has been exercised.
Under the terms of the Letter Agreement, DBL has the option to earn 50% of Eastmain’s interest by fulfilling the following conditions:

2014 surface exploration at Lac Lessard has confirmed that the property is underlain by an ultramafic pyroxenite intrusion containing highly anomalous concentrations of nickel-copper-PGM (platinum group metals) and gold. As previously reported of the 235 rock samples taken from the intrusion, 86 samples contained nickel grades from 0.10% to 2.82% with 22 samples returning values of more than 0.5% Ni. 60 samples assayed between 0.1% to 0.6% copper, and 64 samples graded from 0.1 to 2.5 grams per tonne total combined platinum, palladium and gold, of which 18 of these returned assay values of more than 0.5 g/t.
An initial drill program designed to test the high-priority VTEM anomalies outlined on the Property is expected to begin Q1 2015. “Lac Lessard has advanced from initial airborne surveys to ground confirmation of a prospective nickel-copper-PGM target. We are very pleased to have Darnley Bay fund the next stages of exploration” stated Don Robinson, Eastmain’s President and CEO.

Eastmain is a Canadian exploration company with 100% interest in the Eau Claire and Eastmain gold deposits, both of which are located within the James Bay District of Quebec. Eau Claire, our core asset, has superior infrastructure within a favourable jurisdiction and is royalty free. The Corporation also holds a pipeline of exploration projects in this new Canadian mining district.