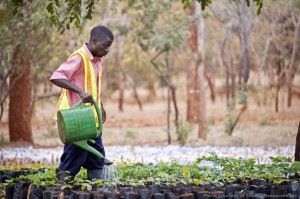 East Africa Metals Inc. (TSX VENTURE:EAM) today announced that it has won a hearing before the British Columbia Securities Commission regarding certain infill drill result disclosures made by a predecessor company, Canaco Resources Inc. in December 2010. Following an 11-day hearing in January 2013, a three-member panel unanimously agreed that the Company and its directors acted appropriately with regard to its disclosures.

“This decision represents a complete vindication of our disclosure decisions,” said Andrew Lee Smith, East Africa Metals’ Interim CEO. “It is unfortunate that we have been subjected to a misguided, expensive, and wasteful regulatory process for the past 32 months. But now that the distraction is finally over, we will be able to focus all of our attention on advancing East Africa Metals’ exploration efforts for the benefit of our shareholders.”

As expected, the hearing was focused primarily on whether the infill drill results constituted a “material change” and therefore were required to be disclosed immediately. The BCSC panel agreed with the Company’s position that the infill drill results were not material and that the Company acted appropriately in granting certain stock options prior to the disclosure.

Said the panel in its written decision: “In our opinion, there is no evidence that the facts available to Canaco and its board in early December 2010 would have led them to believe that a reasonable investor would expect the drill results to have a significant effect on Canaco’s market price.”

The Company disclosed on April 24, 2012 that the staff of the BCSC was issuing a Notice of Hearing on the matter. The Company originally disclosed in a prospectus dated March 15, 2011 that it had received inquiries from regulators on this issue.

East Africa Metals’ principal asset, the Handeni Property, is located in north-eastern Tanzania and covers an area of approximately 97 square kilometres. The Handeni Property includes the Magambazi Project, a gold deposit discovered in 2009.