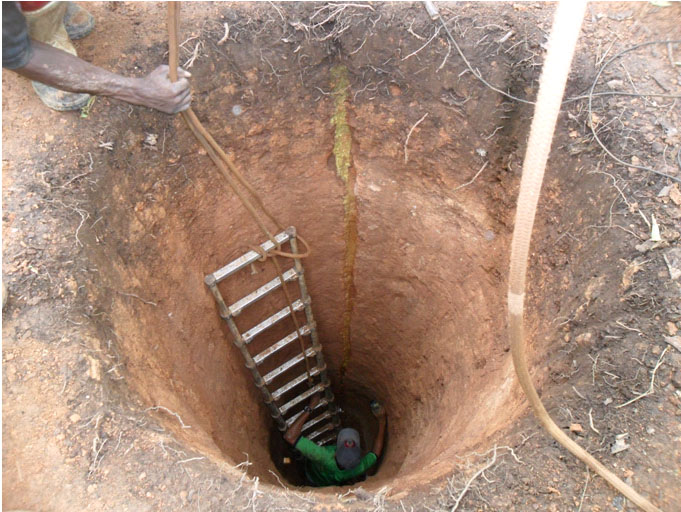 Eagle Star Minerals Corp., (TSX VENTURE:EGE)(PINKSHEETS:ELGSF)(FRANKFURT:E6R) is pleased to announce, that based on its interpretation of exploration results obtained so far at the Bomfim Hill target PZE South, the Company has commenced Thermophosphate testing on high-grade ore commonly found throughout the property. The purpose of these tests is to investigate the economics of producing Thermophosphate as an end product at Bomfim Hill in addition to the original plan of producing direct application natural fertilizer. Assuming results validate the economics of Thermophosphate production, Eagle Star would then be able to leverage on the strong demand for phosphate among the many agricultural centers in close proximity to the Bomfim project area. Thermophosphate currently sells for approximately 500 dollars per ton within Brazil.

Due to its high solubility in citric acid and very low solubility in water, Thermophosphate, when applied to the soil, remains available for plant intake throughout a much longer period of time in comparison to traditional fertilizer products creating an excellent environment for crop growing. Especially in places like Brazil, where the soils are exposed to heavy rainfall, Thermophosphates agronomic efficiency has proven to be high. Eagle Star intends to take advantage of the fast growing market for phosphate focusing on large agricultural centers in the states of Goias, Tocantines and Bahia.

The tests will be performed by Instituto de Pesquisas Tecnologicas at the Universidade de Sao Paulo and be supervised by professor Efraim Cekinski who is an expert in the field of Thermophosphate research. A 50kg sample has been taken from high-grade ore found in trenches at the Bomfim Hill PZE South and it is estimated that a total of twenty tests will be conducted over a three month period to determine the economics of producing Thermophosphate from the high-grade ore at Bomfim.

“These tests represent an important milestone that we intend to achieve as part of our path to production. The outlook for Thermophosphate in Brazil looks promising and we believe there is a window of opportunity for Eagle Star to build a very profitable business around this product that will ultimately greatly benefit our shareholders.” Commented Eran Friedlander President and CEO Eagle Star Minerals Corp.

Eagle Star Minerals Corp is a publicly listed company focused on the acquisition, exploration and development of agro-mineral properties in Brazil. Over the past two years, Eagle Star Minerals has strategically grown its’ presence in Brazil and continues to focus on maximizing shareholder value by acquiring assets located in geological areas known for proven phosphate mineralization, coupled with good logistics in close proximity to agriculture.