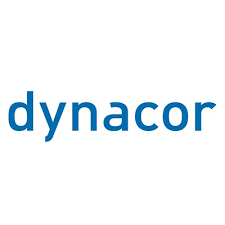 The total volume of ore processed during the quarter was 22,615 tonnes compared to 20,026 tonnes in Q3-2017, an increase of 12.9%. However, the average ore grade was significantly lower than expected, which contributed to the slightly lower gold production in the quarter compared to 2017.

Historically, on a yearly basis, gold production had always increased from quarter to quarter. This year, Q3-2018 production was marginally less than the previous quarter. Given the modest deviation in Q3, we believe the Q4 historical average production growth trend to continue this year. Management is forecasting a robust Q4 amounting to the best quarter of the year at approximately 22,500 ounces of gold production. In view of the first nine months of production results, we forecast a total of just over 82,000 oz in 2018, a 2.6% year over year increase.

To view the images associated with this press release, please visit the following links:

Dynacor Gold Mines Inc. is a gold production corporation headquartered in Montreal, Canada. The corporation is engaged in ore processing operations. At present, Dynacor produces and explores in Peru where its management team has decades of experience and expertise. In 2017, Dynacor produced 79,897 ounces of gold, a 9% increase as compared with 2016 (73,477 ounces).