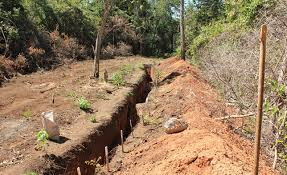 DuSolo Fertilizers Inc., (TSX-V:DSF) (PINKSHEETS:ELGSF) (FRANKFURT:E6R) is very pleased to announce it has closed a non-brokered private placement at a price of $0.27 cents per share for a total of 25,185,186 shares or C$6,800,000. The C$6,000,000 private placement announced on September 12, 2014 was oversubscribed and was increased due to investor demand. There are no warrants attached to this offering.

“We are happy to see significant interest amongst investors in our share offering. It validates the uniqueness of this opportunity and provides us with the financial tools to carry out our development plans going forward,” commented Eran Friedlander, President and CEO of DuSolo Fertilizers.

Securities in connection with this offering are subject to TSX Venture approval and are subject to a four month and one day hold period that expires February 2nd, 2015 in accordance with the rules and policies of the TSX Venture Exchange and applicable Canadian securities laws.

Acquisition of the Remaining 25% Stake in the Bomfim Project

The Company recently announced it had entered into a purchase agreement to acquire the remaining 25% interest of P-Tec Agro Mineracao SPE Ltda. – a private Brazilian company that owns a 100% stake in the Bomfim Project. DuSolo previously held a 75% interest in P-Tec with the remaining 25% owned by Quantum. The Agreement in place provides DuSolo with full ownership of P-Tec and consequently, a 100% interest in the project effective immediately. A portion of the proceeds from this financing is expected to fund a future payment schedule amounting to $5,000,000 Brazilian Reals (or C$2,280,000 as of the October 1st, 2014 exchange rate).

The payment schedule agreed upon by both parties is:

The Company has also agreed to buy back 575,000 of the Company’s common shares that Quantum currently owns at a price of $0.23 per common share for gross proceeds of C$132,250.

Of the C$6,800,000 raised, approximately C$2,412,250 (based on the October 1st, 2014 exchange rate) will be allocated towards satisfying the payment terms as per the Agreement and the remaining amount will be used towards funding a future work program at the Bomfim Project.

DuSolo Fertilizers Inc. is focused on developing a fully integrated process to produce phosphate based fertilizers within the Cerrado region of Brazil as part of a nationwide effort, incentivized by the government, to increase supply of domestically sourced fertilizers and achieve agricultural self sufficiency.