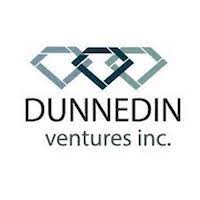 Claudia Tornquist, President and CEO of Dunnedin stated, “With the closing of this private placement in exceptionally difficult market conditions we are now fully funded for the upcoming drill program at our 100% owned MPD copper-gold porphyry project in South-Central BC. We will commence preparatory work immediately for what will be an exciting summer exploration program at our MPD copper-gold porphyry project. The recent discovery of the high-grade Gate Zone just below the shallow historic drilling horizon has kicked the door wide open for further discoveries and the potential expansion of this compelling new target. We are looking forward to creating value for our shareholders through discovery in 2020.”

Proceeds of the Offering will be used to fund the Company’s exploration programs on its wholly owned, advanced-stage copper porphyry exploration projects in British Columbia and Arizona, and for general corporate purposes.

Dunnedin will hold a special and annual general meeting of the Company’s shareholders on March 25, 2020, at which the Company will seek shareholder approval to the Consolidation. Subject to receipt of TSX Venture Exchange approval it is then anticipated that the Consolidation and Name Change will become effective on or about April 1, 2020.

Dunnedin has also granted an aggregate of 4,825,000 stock options to management, directors and consultants of the Company, exercisable at C$0.07 per pre-consolidation share for a period of five years.

Dunnedin’s founder and chairman is Chris Taylor who is well-known for his gold discovery success with Great Bear Resources. Dunnedin is also part of the Discovery Group of Companies led by John Robins, one of the most successful mining entrepreneurs in Canada.