Playfair’s (TSX-V: PLY) (FSE: P1J1) (OTC Pink: PLYFF) NQ core drilling program on its large (201 square kilometers) 100% owned RKV Copper Project in South Central Norway is in progress at the Rødalen high copper MMI anomaly, the first of seven drill targets delineated by Playfair in five areas. Drill Notifications have been made and approved for 38 initial drillholes and up to 122 additional holes dependent on results. 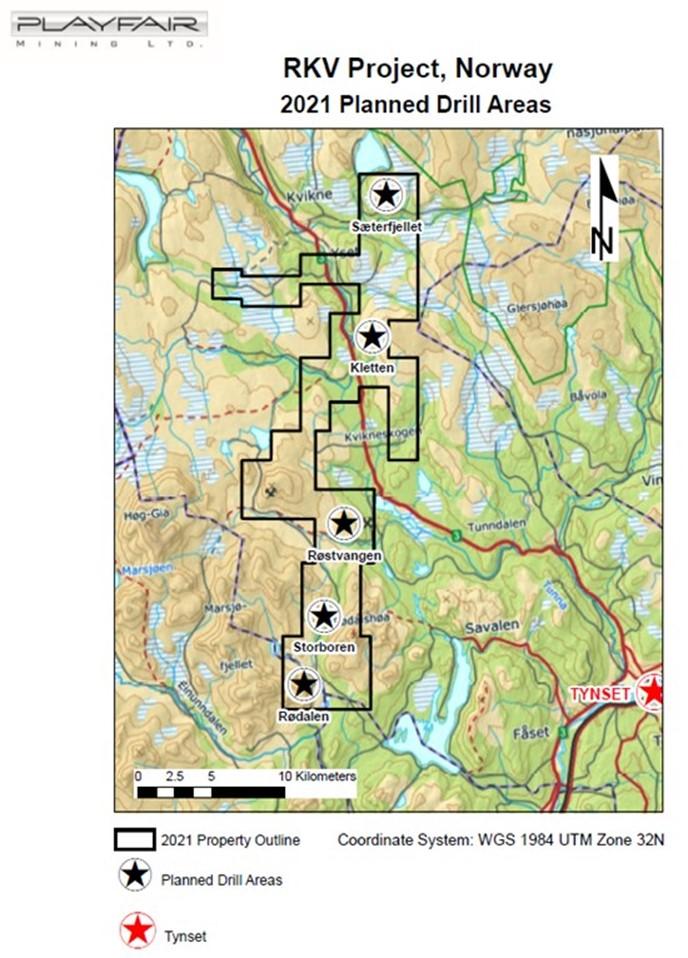 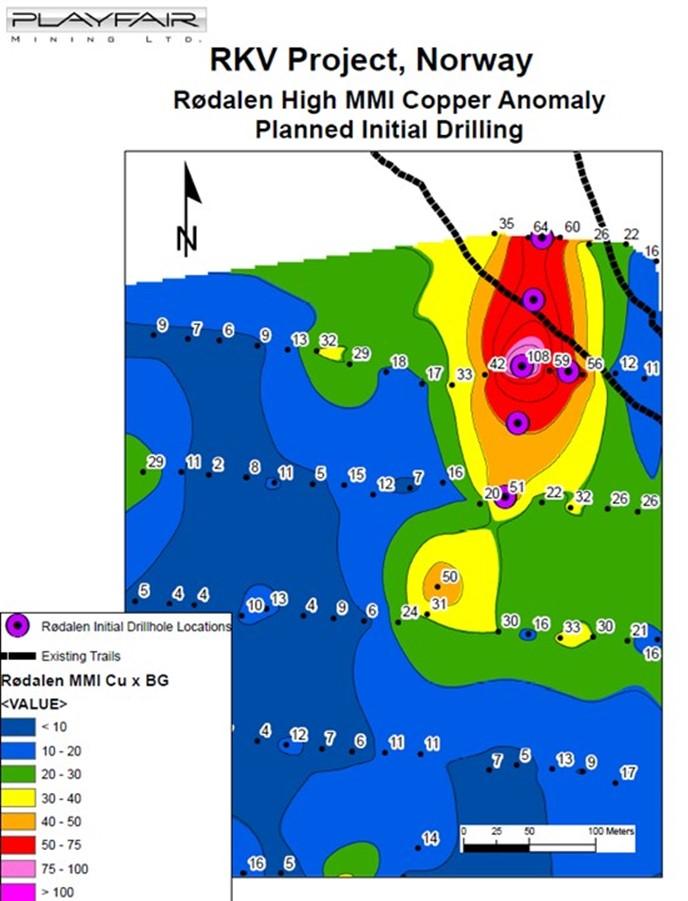 A short MMI Report by SGS states that values greater than 6,000 ppb MMI Cu “are likely to be associated with weathering copper sulphides.”

The Rødalen drill target is less than 350 metres east of the former Rødalen Mine. The large anomaly is open to the North and extends over an area 300m long by up to 100m wide. The highest MMI copper value is 14,700ppb, 108 times the background value of 136.5 ppb. There is no record of previous exploration in the immediate vicinity of the anomaly.

“The Rødalen deposit was mined in the period between 1750 to 1810, with further exploration until 1918. About 40,000 tonnes of copper-rich ore was produced. The deposit is hosted by quartzite and thin horizons of amphibolite in generally calcareous biotite mica schist of the Gula group. The mineralization is totally covered by waste, but old reports describe the ore as 1-2 m wide ore zones rich in chalcopyrite and zones of massive pyrite and pyrrhotite.”

NGU further reports that samples taken from the dump by NGU geologists contained up to 1.81% copper and 0.96 gpt gold.

In Norway, Reidar Gaupås, Playfair’s representative, has and continues to assist Playfair within the local community and enhance Playfair’s profile in Norway.

Promin AS, a Trondheim-based consultancy with extensive experience in the Norwegian Mining industry provides logistical support and experienced geologists. Helge Rushfeldt has greatly assisted in the start-up of the drill program. Kjell Nilsen, one of Norway’s most experienced field geologists who discovered Nussir, Norway’s largest known copper deposit and Jonas Dombrowski will directly supervise the drilling, core logging and analysis.