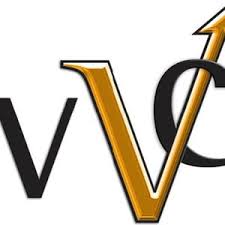 VVC Exploration Corporation (TSX-V:VVC) today announced assay results from 6 additional diamond drill holes from the ongoing drilling program at its Samalayuca Copper Property  in northern Chihuahua State, Mexico.  A total of eleven DDH’s have now been completed in the Gloria Extension Zone.  The results from five of these holes (SC17-22, SC17-23, SC18-24, SC18-25 and SC18-26) have previously been reported.  All eleven DDH’s which tested the zone intersected significant copper mineralization as detailed in the table below.

This completes the drill program on the GEZ, with the results defining and extending the copper mineralization in the near surface zone.   A total of 1,299.5 meters have been drilled in eleven holes, two in 2017 and nine in 2018.  The drill holes, which tested a 200-meter section of a 350-meter strike length zone, all intersected near surface, copper mineralization.  The Company commenced drilling in early August in the Gloria Extension East Zone (GEEZ), located 20 meters to the east of the GEZ, separated from it by a fault.  The GEEZ is an “on strike” extension of the GEZ with copper mineralization traced by artisanal miners over an 850 m strike length.

Results from the eleven drill holes testing the GEZ, are summarized below, with only values >0.1% Cu shown.

VVC’s Chairman, Dr. Terrence Martell pointed to the results from the GEZ as further confirmation of the potential of the Company’s Samalayuca Copper Property and added.  “We are now focused on drilling the 850-meter strike length of the GEEZ where eight holes have been drilled to date, all intersecting near surface copper mineralization.   Assays are pending and will be announced when received.”

A plan map and sections 425E, 475E, 525E, 575E, show the dimensions of the copper mineralization in the GEZ.  The maps and sections along with drill locations and results can be viewed on our website at:  www.vvcexpl.com.

The Company’s Samalayuca Phase III drilling program, planned for 3000 meters, began in May 2018 and is expected to be completed in September 2018.   The drilling is intended to further evaluate the potential of the GEZ and GEEZ areas, and to evaluate mineralized zones in previously mined areas at La Concha and an area which includes the Zorra, Suerte, Juliana and Trinadad artisanal pits, none of which have been drilled by VVC.

The Company’s goal is to define the thickness and grade of the mineralized zones and their structural / lithologic settings using information gained from structural mapping and drilling.  The drilling shows the potential of the property to host significant stratiform copper mineralization, which has been traced for over 5 km based on the shallow artisanal mines and VVC’s drilling of the 32 DDH completed to date.

The Samalayuca property covers copper mineralisation in the Samalayuca Sierra, characterised as Stratiform Copper Deposit type, as recognized by qualified persons, Michel Gauthier and Jocelyn Pelletier (2012), and Jacques Marchand and Michel Boily (2013).  Fine disseminated chalcopyrite-bornite and associated oxide copper minerals, common to these deposits, are noted in a wide chloritized zone along the Sierra with mineralized zones from 3 to 36 m wide, true thickness, as defined in the old surface pits.  The stratigraphy strikes NW and dips gently, approximately 25 degrees to the NE, although it is variable.  Vertical faults can generate supergene copper enrichment when they cut the mineralised strata.  The old mining works by the artisanal miners (gambusinos) targeted the higher grade, surface, copper zones, exploiting them by shallow (< 20 m deep) open pits and hand cobbing the ore for direct shipping to the smelter.

A total of 1189 core samples were sent to the ALS Chemex laboratory in Chihuahua city, MX for analysis by their ICP61 technique.  Mineralisation is mainly oxidized copper minerals such as malachite, azurite, chrysocolla, brochantite, and others with some disseminated copper sulphides, such as chalcopyrite, bornite, and chalcocite.

ALS Chemex analytical services are accredited by SANAS and are carried out with a quality assurance protocol in line with ISO 17025:2005.   Samples are stored at the Corporation’s field camps, then put into sealed bags until delivered by company personnel to the laboratory where the samples are prepared and analyzed.  Samples are logged in the tracking system, weighed, dried and finely crushed to better than 70% passing a 2 mm (Tyler 9 mesh, US Std. No.10) screen.  A split of up to 1,000 g is taken and pulverized to better than 85% passing a 75-micron (Tyler 200 mesh) screen, and a 50-gram split is analyzed.  Blanks, duplicates and certified reference material (standards) are inserted to monitor laboratory performance.

This news release has been reviewed for accuracy and compliance under National Instrument 43-101 by Peter M. Dimmell, BSc., P.Geo. (NL, ON), a VVC Director and Qualified Person as defined by NI 43−101, Standards of Disclosure for Mineral Projects.  He has approved the scientific and technical disclosure in the news release.

VVC is a Canadian exploration and mining company focused on the exploration and development of copper and gold deposits in Northern Mexico, specifically the Samalayuca copper property in Chihuahua State.  VVC has other projects in Mexico and Canada, including gold and silver prospects, Cumeral and La Tuna, in Sonora and Sinaloa States, Mexico and a grassroots gold/VMS prospect in the Timmins area of northern Ontario.