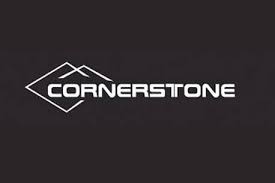 Cornerstone Capital Resources Inc. (TSX-V:CGP) (OTC:CTNXF) (FWB:GWN1) is pleased to provide an update on its Bramaderos gold and copper joint venture in southern Ecuador (see Figures 1 and 2) in which it has a 12.5% interest carried by JV partner and project operator Sunstone Metals Inc. (ASX: STM) through to the start of commercial production (see “About Bramaderos”, below).

Figures related to this news release can be seen in PDF format by accessing the version of this release on the Company’s website (www.cornerstoneresources.com) or by clicking on the link below:

The results, which come from hole BMDD008W1 that was drilled as a wedge off hole BMDD008 commencing at 347.1m downhole, further highlight the potential for Brama to host a substantial gold-copper porphyry system (Figure 3).

“These latest assays and visuals provide more strong evidence that Brama has the potential to be a large mineralized porphyry.

“We are now confident we have a 500m vertical extent of good gold and copper grade. The porphyry plus intrusive breccia zones, at this stage, cover a surface footprint of 350m x 150m, which we expect can be expanded with more drilling.”

The BMDD008W1 wedge hole has extended that intersection by 50m to intersect a 505m-long intersection from surface. This intersection very likely extends deeper, but still remains to be further tested in the area south and east of BMDD008W1 in similarly magnetic domains (Figures 3 – 6).

Both drill holes BMDD008 and BMDD008W1 extended towards a deeper magnetic anomaly but failed to intersect that target.

Drill hole BMDD009 was drilled in the east and central parts of the main Brama porphyry system (Figure 4). It was drilled from the east and towards a modelled deep magnetic anomaly that lies central to the 0.1% Cu contour depicted in Figures 4 and 5. Visual inspection of drill core from BMDD009 reveals it intersected a strongly and continuously veined porphyry system hosted by diorite in its upper 515m, with visual chalcopyrite associated with intense stockwork veining. The drill hole continued to test the deeper magnetic domain and encountered peripheral stockwork magnetite veinlets that likely explain the magnetic anomaly in the wall rocks south of the main mineralized intrusive body.

The long and well-mineralized sections of holes BMDD001, BMDD002 and BMDD009 indicate that the main porphyry target on the eastern sector of Brama is defined by strongly veined diorite with moderate magnetic character.

The relationship between the main Brama porphyry stockwork style mineralization and the intrusive breccia is still to be established, and hole BMDD010 will go some way to exploring that relationship (Figure 4).

Drill hole BMDD010 has just commenced and is testing several targets that include:

The aim of the ongoing drilling is to further demonstrate continuity of the higher-grade zones within the extensive outer envelope of lower-grade gold-copper mineralization at Brama.

Measuring 4,948 hectares, the Bramaderos project is located approximately 130km from the Loja provincial capital in southern Ecuador. The project is easily accessible via the Pan American Highway that crosses the property.

The Bramaderos concession is owned by La Plata Minerales S.A. (“PLAMIN”), which in turn is owned 87.5% by Sunstone (the project operator) and 12.5% by Cornerstone. Cornerstone’s 12.5% interest is carried by Sunstone through to the start of commercial production and repayable at Libor plus 2% out of 90% of Cornerstone’s share of earnings or dividends from the Bramaderos project (see news release 20-01 dated January 7, 2020).

More information about the property can be found at www.cornerstoneresources.com.

Yvan Crepeau, MBA, P.Geo., Cornerstone’s Vice President, Exploration and a qualified person in accordance with National Instrument 43-101, is responsible for supervising the exploration program at the Bramaderos project for Cornerstone and has reviewed and approved the information contained in this news release.

Surface and drill core samples from Brama were sent to the LAC y Asociados Cia. Ltda. Sample Preparation Facility in Cuenca, Ecuador for sample preparation. The standard sample preparation for drill core samples (Code PRP-910) is: Drying the sample, crushing to size fraction 70% <2mm and splitting the sample to a 250g portion by riffle or Boyd rotary splitter. The 250g sample is then pulverised to >85% passing 75 microns and then split into two 50g pulp samples. Then one of the pulp samples was sent to the MS Analytical Laboratory in Vancouver (Unit 1, 20120 102nd Avenue, Langley, BC V1M 4B4, Canada) for gold and base metal analysis.

PLAMIN uses a fire assay gold technique for Au assays (FAS-111) and a four acid multi element technique (IMS-230) for a suite of 48 elements. FAS-111 involves Au by Fire Assay on a 30-gram aliquot, fusion and atomic absorption spectroscopy (AAS) at trace levels. IMS-20 is considered a near total 4 acid technique using a 20g aliquot followed by multi-element analysis by ICP-AES/MS at ultra-trace levels. This analysis technique is considered suitable for this style of mineralization.

Standards, blanks and duplicates are inserted ~1/28 samples. The values of the standards range from low to high grade and are considered appropriate to monitor performance of values near cut-off and near the mean grade of the deposit. The check sampling results are monitored and performance issues are communicated to the laboratory if necessary.

Sample security was managed through sealed individual samples and sealed bags of multiple samples for secure delivery to the laboratory by permanent staff of the joint venture. MS Analytical is an internationally accredited laboratory that has all its internal procedures heavily scrutinized in order to maintain their accreditation. MS Analytical is accredited to ISO/IEC 17025 2005 Accredited Methods.

Rock samples are collected by PLAMIN’s personnel, placed in plastic bags, labeled and sealed, and stored in a secure place until delivery by PLAMIN employees to the LAC y Asociados ISO 9001-2008 certified sample preparation facility in Cuenca, Ecuador.

The MSA Analytical Laboratory is a qualified assayer that performs and makes available internal assaying controls. Duplicates, certified blanks and standards are systematically used (1 control sample every 20-25 samples) as part of PLAMIN’s QA/QC program. Rejects, a 100 g pulp for each rock sample, are stored for future use and controls.

Cornerstone Capital Resources Inc. is a mineral exploration company with a diversified portfolio of projects in Ecuador and Chile, including the Cascabel gold-enriched copper porphyry joint venture in northwest Ecuador. Cornerstone has a 21% direct and indirect interest in Cascabel comprised of (i) a direct 15% interest in the project financed through to completion of a feasibility study and repayable at Libor plus 2% out of 90% of its share of the earnings or dividends from an operation at Cascabel, plus (ii) an indirect interest comprised of 6.9% of the shares of joint venture partner and project operator SolGold Plc. Exploraciones Novomining S.A. (“ENSA”), an Ecuadoran company owned by SolGold and Cornerstone, holds 100% of the Cascabel concession. Subject to the satisfaction of certain conditions, including SolGold’s fully funding the project through to feasibility, SolGold Plc will own 85% of the equity of ENSA and Cornerstone will own the remaining 15% of ENSA.