Lumina Gold Corp. (TSXV: LUM) (OTCQX: LMGDF) is pleased to announce results from ten drill holes at its Cangrejos project in Ecuador. Six of the reported drill holes are from Cangrejos and four are from Gran Bestia (see Table 1). To date, eighty-eight drill holes have been completed and five drill holes are in progress, totalling 31,000 metres of resource definition drilling. Resource drilling is estimated to be completed by the end of August.

Hole C22-199 was drilled on the northeastern margin of the deposit and intercepted 88m from 22m down the hole grading 0.75 g/t gold and 0.14% copper, for 0.96 g/t Au Eq., in sodic-altered breccias with tourmaline and mineralized with chalcopyrite, pyrrhotite and pyrite. Including intervals above and below this, a total of 182 metres exceeding the cut-off grade were drilled in the uppermost 252m from surface in hole C22-199 (see Table 1). This hole extends the north and northeastern margin of the Cangrejos deposit and, in addition, it contains grades that significantly exceed those predicted by the PEA resource estimate.

Also at Gran Bestia, hole C22-202 intersected 94.4 metres grading 0.49 g/t gold with 0.07% copper for a gold equivalent of 0.59 g/t gold from just two metres down the hole. This intercept occurred in the eastern contact area between the mineralizing porphyry and batholith host and the result is expected to extend the Gran Bestia pit in that direction, towards Cangrejos. Also, hole C22-202 contained significantly higher grades than those predicted by the PEA resource estimate. Holes C22-198 and C22-203 were drilled along the south and southeastern margins of the deposit and generally encountered grades typical of this area.

Note: Intervals in the reported holes are calculated using a cut-off of 0.2 g/t Au with maximum internal dilution of ten continuous metres. Sampling is done in consistent, continuous 2-metre intervals. The highest gold value used in the reported weighted averages is 4.67 g/t Au. In addition to the above results there were multiple intercepts of lower-grade material in the drill holes. Equivalent values were calculated using Gold equivalent calculations assume 100% recovery of all quoted metals and the following prices were used: a gold price of US$1,500 per ounce, a copper price of US$3.00 per pound, a molybdenum price of US$7.00 per pound and a silver price of US$18.00 per ounce.

All Lumina sample assay results have been independently monitored through a quality control / quality assurance program that includes the insertion of blind standards, blanks and pulp and reject duplicate samples. Logging and sampling are completed at Lumina’s secure facility located at the Cangrejos Project. Drill core is sawn in half on site and half drill-core samples are securely transported to either Bureau Veritas Labs’ (BV) or ALS Labs’ sample preparation facilities in Quito, Ecuador. Sample pulps are sent to BV’s or ALS’ chemical labs in Lima, Peru for analysis. Gold content is determined by fire assay of a 30 gram charge with total copper content determined by four-acid digestion with ICP finish. Both labs are independent from Lumina.

Lumina is not aware of any drilling, sampling, recovery or other factors that could materially affect the accuracy or reliability of the data referred to herein.

Lumina Gold Corp. is a Vancouver, Canada based precious and base metals exploration and development company focused on the Cangrejos Gold-Copper Project located in El Oro Province, southwest Ecuador. Cangrejos is being advanced to a Pre-Feasibility Study and is the largest primary gold deposit in Ecuador. Lumina has an experienced management team with a successful track record of advancing and monetizing exploration projects. 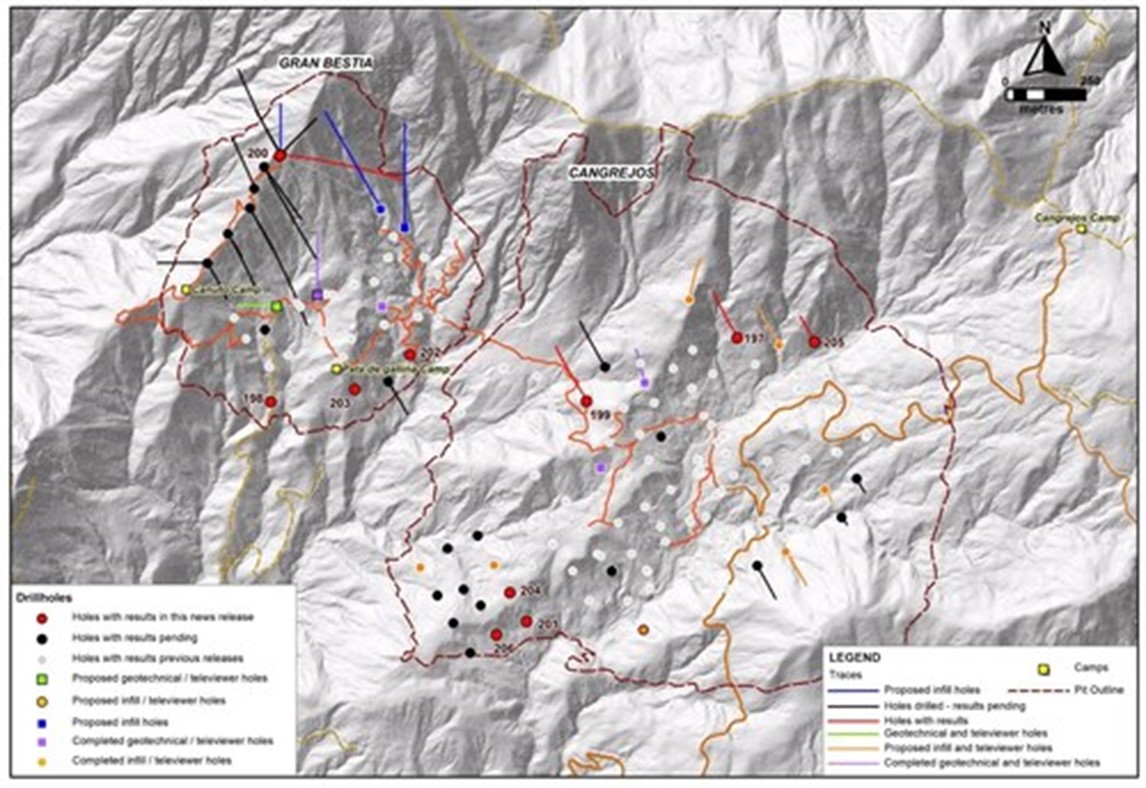 Figure 1. Plan map of drilling at the Cangrejos project including the surface trace of the two ultimate pits from the PEA. (CNW Group/Lumina Gold Corp.)