Local geological supervision is provided by Promin (a Trondheim-based consultancy). All four holes intersected a previously unknown amphibolite unit containing sulphides, including narrow widths of massive sulphides at the contact with the quartz-mica-schist country rock at Rødalen. Copper mineralization at the nearby historic mines of Røstvangen and Kvikne is closely associated with amphibolite. 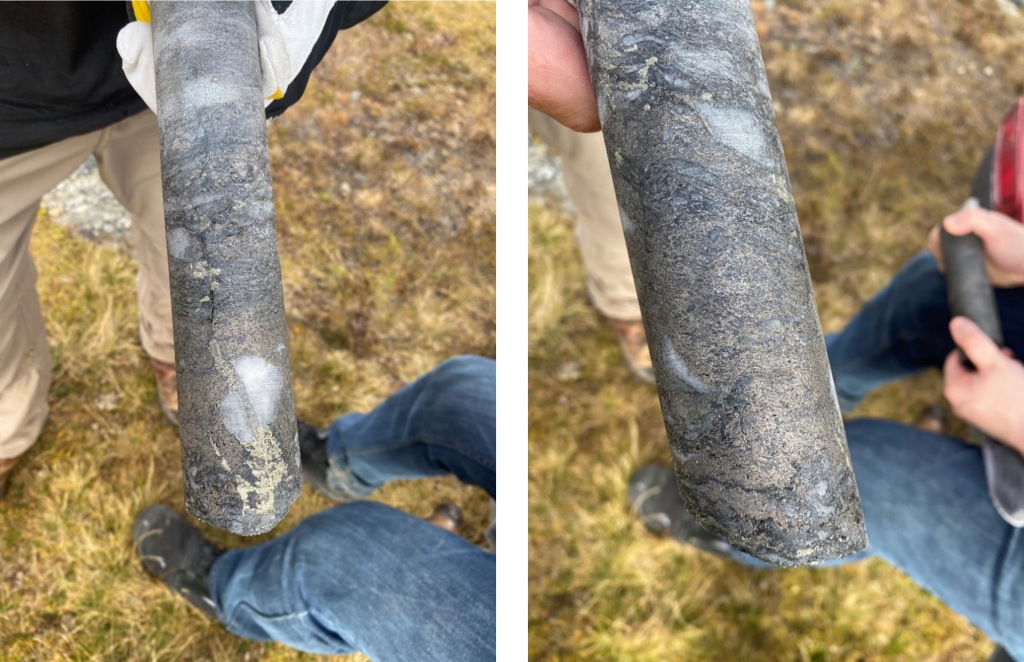 Samples are being cut and prepared for analysis. Playfair will consider future exploration at Rødalen once analytical results have been received.

The man portable drill team is being supervised by Canadian drillers (No Limit Diamond Drilling) for Arctic Drilling (based in Finnmark). Local “Muskelgutta” (Muscle Guys) have risen to the challenge of moving the man portable drill. Local community support is greatly appreciated. 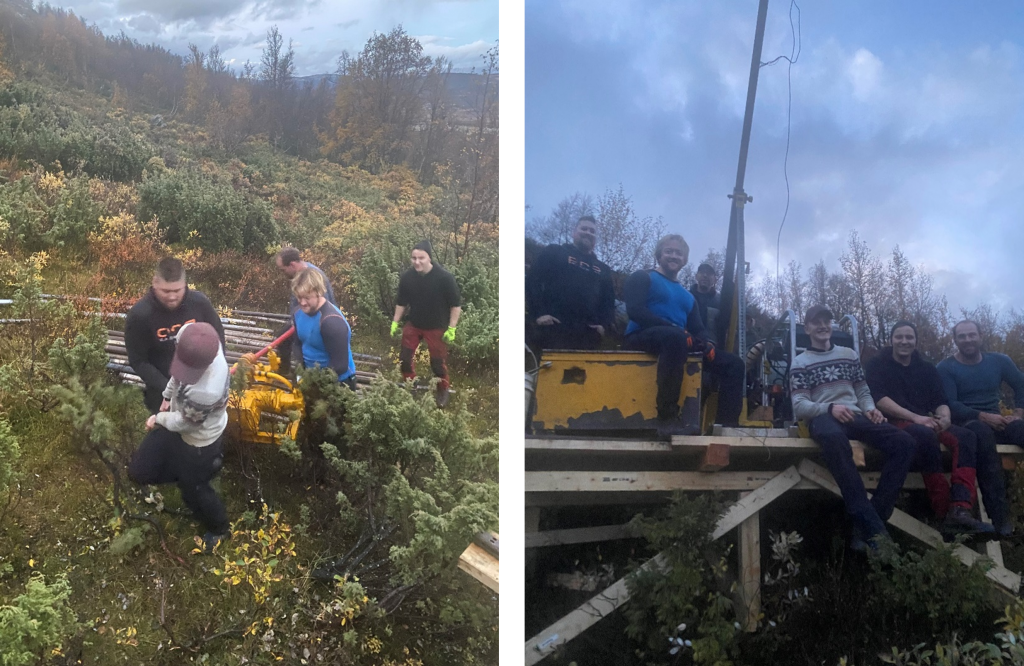 A short MMI Report by SGS states that values greater than 6,000 ppb MMI Cu “are likely to be associated with weathering copper sulphides”. 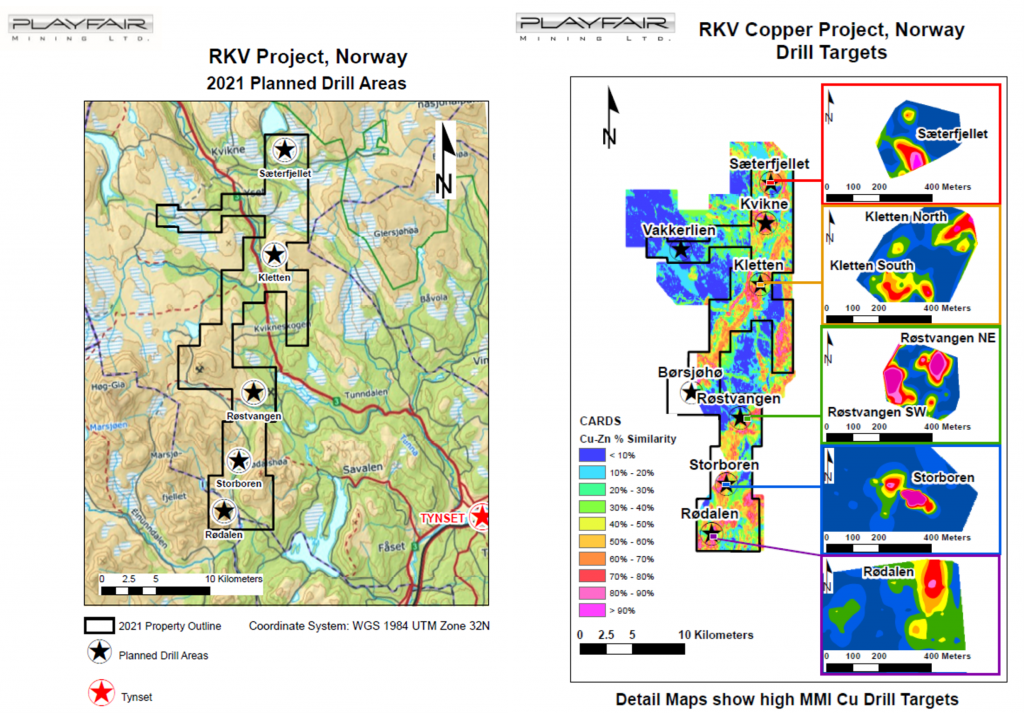 In Norway, Reidar Gaupås, Playfair’s representative, continues to assist Playfair within the local community and enhance Playfair’s profile in Norway.

Promin AS, a Trondheim-based consultancy with extensive experience in the Norwegian Mining industry provides logistical support and experienced geologists. Helge Rushfeldt has assisted greatly in the start-up of the drill program. Kjell Nilsen, one of Norway’s most experienced field geologists who discovered Nussir, Norway’s largest known copper deposit, and Jonas Dombrowski are directly supervising the drilling, core logging and analysis.

Arctic Drilling AS, a Norwegian drilling company based in Kautokeino, will carry out the drilling assisted by Canadian drillers (No Limit Diamond Drilling) who are familiar with the man portable drill and will train Arctic Drilling personnel in the operation of this drill.