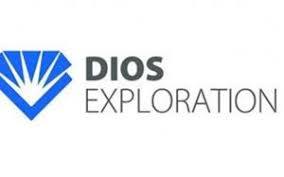 More precisely on PP-2 (induced polarization) anomaly, hole 05 hit an intercept of 3.78 g/t gold over 1 m in association with a feldspar diorite & foliated gabbro contact and 0.5 percent pyrite (129-130 m), that is some 800 m south-east of hole 01 which did cut medium-coarse grained tonalite-diorite grading 8.92 g/t gold over 1 m, (see March 9 release). The PP-2 gold intercept is in same strike as cinnamon showing having returned 10 g/T gold in outcrop in a shear of same direction.

PP-1 is 1.5 km west of Kali intrusive, a very poorly outcropping area, in contact with a strongly foliated mafic dyke with 0.5% disseminated pyrite-pyrrhotite. That previous first gold zone, open in all directions, did seem associated with the hanging wall of a significant resistivity anomaly, at the contact between a high and low magnetic sector, whereas this today’s second gold zone is located south of the footwall of said wide resistivity anomaly corridor.   PP-2, an IP anomaly, is sub-parallel to PP-1 but on the southern side of this conductor’s footwall, whereas PP-1 is an IP anomaly located on the hanging wall of a significant electro-magnetic conductor.

Hole 03 did cut 0.5 g/t gold/1m (183-184m) in another such IP horizon located 200 m northeast of hole 1, but also where no volcanic rocks were found to explain the source of soft & crumbly mineralized/sericitic dacite floats grading up to 6.72 g/t Au which remain unexplained.

Good NE up-ice targets such as:

1.) the significant 10 – 20 meters large goldbearing Curcuma shear zones, grading as of now gold in outcrop such as 1.12 g/t Au and

Dios completed this helicopter-borne drill program on K2 gold WI target. It was composed of eight holes totaling 2017.4 meters on the Wi-Target showings and 1,055 split coresamples and 117 blanks were sent to ALS-Global laboratory in Val d’Or, Quebec for Gold fire assays with atomic absorption finish.


Jeff Christian – “Gold and Silver Prices Are Falling Too Low Too Fast - What's Next?”

Gold and Silver Prices saw a large sell off at the end of June, c... READ MORE


Chris Temple – “Copper Market Update with Gianni Kovacevic - What can we expect next??”