Doubleview Gold Corp. and the Tahltan Central Government Enter into a Communications and Engagement Agreement

Doubleview Gold Corp. and the Tahltan Central Government Enter into a Communications and Engagement Agreement 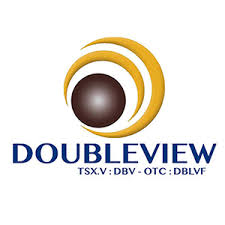 “Doubleview would like to take this opportunity to make a public statement of apology concerning its previous relationship with the TCG,” stated Andrew H. Rees, Lead Director of Doubleview. “We profoundly regret that the previous engagement with the TCG concerning the proposed economic activities of Doubleview within Tahltan Territory has been marked by conflict and disagreement that has created significant barriers to the development of a respectful and collaborative relationship. We hereby commit the Company to undertake culturally appropriate engagement with Tahltan elders wherever appropriate and to foster a positive, productive, and collaborative relationship with the TCG and the Tahltan Nation by accommodating the TCG’s requirement for timely and transparent communications in respect of the Company’s proposed economic activities within Tahltan Territory. Doubleview recognizes that our relationships with Indigenous, First Nations and host communities are critical to the way we operate.”

Although the Agreement does not obligate the Tahltan Nation to support the Company’s activities within Tahltan Territory, it is an important initial step towards reconciling the past relationship between Doubleview and the TCG. In particular, the Company seeks to addresses the injunction ordered against the TCG by the British Columbia Supreme Court on May 26, 2016, in respect of the Hat Project within Tahltan Territory (the “Injunction”). Pursuant to the terms of the Agreement, the Company has confirmed it will not enforce and will seek no legal remedy in respect of the Injunction against the TCG, treating the Injunction as if it is of no legal force and effect. Mr. Rees stated, “Doubleview recognizes the negative impacts of the Injunction to the Tahltan Nation and appreciates the opportunity to reset our relationship with the TCG and is committed to building a constructive and respectful relationship with the Tahltan Nation.”

The Agreement acknowledges that the Tahltan Nation holds certain inherent Aboriginal title, rights and interests in respect of their traditional territory. Doubleview acknowledges, recognizes and respects Tahltan title and rights.