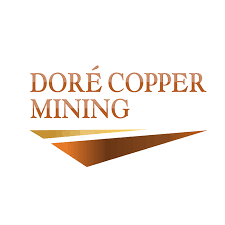 Ernest Mast, President and CEO of Doré Copper Mining Corp. stated, “The latest intercepts at Cedar Bay support the expansion of mineralization in the Central zone with the highest-grade copper intercept received to date. The identification of a potential expansion of Zone 21 and the presence of high-grade veins in the Crown Pillar of the Copper Cliff mine further highlight the upside of this deposit. The results continue to support the eventual hub-and-spoke restart of the camp along with the Corner Bay and Joe Mann deposits using our existing 2,700 tpd mill as a central processing facility.”

The Cedar Bay property is located five kilometers by road from the Company’s Copper Rand Mill that operated from 1959 to 1990 producing 3,900,000 tonnes grading 1.63% Cu and 3.21 g/t Au. The deposit comprises multiple parallel to sub-parallel, NW-SE striking, steeply dipping extensional shears which are mineralized with semi-massive to massive sulfides (Cpy +/- Py +/- Po). All deposits along the Lac Doré complex share the same general attributes. At Cedar Bay there are currently 5 identified parallel zones – Main 1&2, Central, 10_20 A&B (from SW to NE) as well as several other smaller lenses in between.

A plan view is shown in Figure 1 below.

Holes CDR 20-04 and 20-05 were drilled from the Copper Cliff property to intersect the parallel mineralized structures at Cedar Bay employing directional drilling technology. The holes were drilled to test the strike extensions of the resources defined in 2019. Both holes were initiated with a dip of -60 degrees and then were corrected using Aziwell directional drilling to -19 degrees, -35 degrees (for the two cut-offs on hole 4C) and -38 degrees on hole 5. A third cut was prepared on hole CDR-20-04C and will be drilled once contractor travel can be arranged in the very near future. The holes are targeting mineralization in the Main veins, Central vein and 10-20 veins that are adjacent to the existing shaft (see figure 2 below).

Figure 2. Section view showing the drill traces of the directional holes drilled from Copper Cliff (NE). Yellow trace depicts the pilot hole and cut-offs for hole 4C, blue depicts the trace for hole 5. In bright red are the 10_20A&B veins and the Central vein within which the 2018 resources are contained. The pale red consists of the projected Main zone veins is available at

The program initiated in early March and was stopped on March 24th due to the COVID-19 measures announced by the Québec government. The program was reinitiated on May 14th and the Company and its contractors implemented protocols to ensure best health practices and communicating these to local stakeholders. After completing the preparation of the third cut on hole CDR-20-04C, the directional drilling crew finished their shift and a replacement group of technicians was not available therefore the down-dip follow-up of hole CDR-20-04CB will be tested at a later date. Drilling is currently testing the down dip from holes CDR-18-02W2 that intercepted 2.4 meters grading 4.54% Cu and 15.4 g/t Au and CDR-18-03 that intercepted 2.4 meters of 1.67% Cu and 19.5 g/t Au on 10-20 A and 3.3 meters grading 5.1 g/t Au and 1.4% Cu on the Central vein.

Each hole crossed the host structure of the mineralized veins, however, only two of the intercepts on the Central vein, Main vein and 10-20A and 10-20B hit economic-grade mineralization and are highlighted in Table 1. The high-grade copper intercept on hole CDR-20-04CB, 14.2% Cu and 1.16 g/t Au over 1.5 meters is located approximately 160 meters down dip and along strike from hole CB-27-9 that intercepted over a two meter true width, 4.8% Cu and 15.2 g/t Au. The high-grade Central vein remains open down dip and along strike to the north-west. Hole CDR-18-08A and a wedge currently underway will test the area between the two intercepts on the central vein as well as the down-dip extensions of the 10-20 A and B veins. Typically, ore within the Lac Doré complex exhibits a steep plunge. The current drilling will help better characterize the behaviour and plunge of the ore shoots of the Central, 10-20 A and 10-B structures. The intercept on the Main vein, CDR-20-04CB of 2.0 meters grading 2.87 g/t Au and 0.3% Cu is located 160 meters down dip of historic intercept CB-27-3 that intersected 5.8 meters of 2.0 g/t Au and 0.4% Cu. CDR-20-05 was testing the 10-20, Central and Main veins 100 m along strike towards a fault which terminates the mineralization to the SE.

Zone 21 occurs as the north-easternmost vein at Cedar Bay or south-westernmost at Copper Cliff and was mined over the historic Copper Cliff and Cedar Bay claims. The zone mined had a strike of 150-200 meters and a vertical extent of 400 m (490 m from surface). The western half of the mineralized zone is on Doré Copper land. Hole CDR-20-07 targeted the down-dip extension of the ore body on its west side approximately 40 meters beneath the lowest mining level and intersected 2.25 meters grading 4.9% Cu, 0.46 g/t Au and 8.6 g/t Ag. Twenty-two meters downhole was the intercept of a secondary parallel vein of 2.1 meters grading 2.4% Cu, 0.34 g/t Au, and 8.4 g/t Ag. The deposit remains open down dip and along strike at this level. Hole CDR-20-06 tested Zone 21 approximately 100 meters along strike to the NW of previous mining areas at a depth of 300 meters and did not intersect mineralization.

The Copper Cliff crown pillar is 85 m in height down dip according to historic sections and plans with the first development level being that depth below the surface. In the course of our 2020 program at Cedar Bay, the drill holes were collared at Copper Cliff and drilled SW. Near surface the crown pillar was intersected by 3 of the holes with high-grade Cu and Au mineralization in hole CDR-20-04 (C & CB) and a lower-grade intercept in hole CDR-20-05. Historic drilling crossed more than 4 zones near surface.

Further drill testing needs to be completed along strike and from the surface to 85 m as they may provide near-surface potential resources.

QA/QC is done in house by Dore Copper Geologists with oversight from the Exploration Manager, The check samples (blanks and standards – 4% of total samples with another 2% of core duplicates) that were inserted into the sample batches are verified against their certified values and are deemed a pass if they are within 3sd of the certified value. The duplicates are evaluated against each other to determine mineralization distribution (nugget). If there are large discrepancies in the check samples, then the entire batch is requested to be re-assayed.

The historical drilling results disclosed in this news release about Corner Bay and Cedar Bay was taken from the technical report entitled “Technical Report on the Corner Bay and Cedar Bay Projects, Northwest Québec, Canada” dated June 15, 2019, prepared by Luke Evans, M.Sc., P.Eng., which is available under Doré Copper’s profile on SEDAR at www.sedar.com.

Andrey Rinta, P.Geo., the Exploration Manager of the Corporation and a “Qualified Person” within the meaning of National Instrument 43-101, has reviewed and approved the technical information contained in this news release.

Doré Copper is engaged in the acquisition, exploration and evaluation of mineral properties. Doré Copper completed a qualifying transaction on December 13, 2019, establishing itself as a copper-gold explorer and developer in the Chibougamau area of Québec, Canada. Doré Copper, through its wholly owned subsidiary CBAY Minerals Inc., holds a 100% interest in the exploration-stage Corner Bay project and the exploration-stage Cedar Bay project, both located in the vicinity of Chibougamau, Québec, as well as the 2,700-tonne-per-day Copper Rand processing mill. Doré Copper has an option agreement to acquire 100% of the Joe Mann property (see press release dated January 2, 2020), whereby if certain payments and spending requirements are met over a three-year period, the Company will become the 100% owner of the 1,990-hectare property.