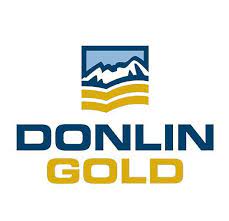 The primary objective of the 2021 drill program is to complete the work necessary to validate and increase the confidence in recent geologic modeling concepts. Initial results indicate variable controls on mineralization in different deposit areas, with more continuous mineralization hosted in ACMA intrusives and more discrete intervals occurring in the sediments and intrusives in Lewis.

The additional confirmation and extension drilling focuses on further testing of orebody continuity and structural control, and data collection for geotechnical and geometallurgical analysis. The drilling program was recently expanded to test an area of ACMA for mineralization continuity. The 2021 drill program is expected to encompass approximately 80 holes for a total of 24,000 meters drilled and should wrap-up in the fall. The logging and assay results will then be incorporated into a geologic model update, followed by a shift in focus to feasibility study work, subject to a formal decision by the Donlin Gold Board.

Five of the top intervals received in the program to-date include:

Statements by the Owners

Barrick President and Chief Executive Mark Bristow said, “The 2021 drill program is validating our geologic modeling concepts; in particular with regards to demonstrating the controls over mineralization in the different parts of the deposits. This improved understanding is a necessary step towards optimizing the mine design and progressing the project up the value chain.”

Greg Lang, NOVAGOLD’s President and CEO, said, “The 2021 drill program has been enormously rewarding — allowing us to improve our knowledge of the geology and mineralization in the ACMA and Lewis deposits which in turn will provide the information required to proceed with a new feasibility study. Indeed, we have decided to expand the drill program by approximately 15 holes and 4,000 meters from the original 2021 plan to test the mineralization continuity in a targeted area of the ACMA deposit. As with last year’s program, drilling has delivered multiple examples of outstanding gold intercepts. Excellent results, such as those reported today, reinforce our belief in the uniqueness of an asset like Donlin Gold, whose combination of outstanding size, quality, and exploration upside are clearly among the only answers to an industry defined by an era of declining reserves, lackluster gold grades and ever-increasing jurisdictional risk.”

Dan Graham, General Manager of Donlin Gold added, “We are proud of the work accomplished by our site crew. We have operated a clean camp for the second season in a row amidst the COVID pandemic, exceeded our productivity rates, while maintaining an excellent safety and environmental record. During the 2021 drill program, 70% of our direct hires were shareholders from Calista Corporation (Calista), which included the new camp catering contract with a Calista subsidiary. Worker safety, environmental stewardship, and benefits to the region remain top priorities for Donlin Gold.”

The Donlin Gold project is located in Alaska, the second largest gold-producing state in the U.S. With approximately 39 million ounces of gold grading 2.24 grams per tonne in the measured and indicated mineral resource categories (100 percent basis)1, Donlin Gold hosts one of the largest and highest-grade undeveloped open-pit gold endowments in the world. The planned pits in which the existing resources are sited occupy only three kilometers of an eight-kilometer mineralized belt, which itself is located on less than 5% of Donlin Gold’s land position. Current activities at Donlin Gold are focused on the drill program, optimization efforts, community outreach, and advancing the remaining State permitting actions.

Donlin Gold is a committed partner to the Alaska Native communities both surrounding the project and within the State as a whole. This commitment underpins our approach and is also reflected in the way in which the asset itself is structured. An important factor that distinguishes Donlin Gold from most other mining assets in Alaska is that the project is located on private land designated for mining activities five decades ago. Donlin Gold has entered into life-of-mine agreements with Calista, which owns the subsurface mineral rights and some surface land rights, and The Kuskokwim Corporation (TKC), a collection of 10 village corporations, which owns the majority of surface land rights, and is committed to providing employment opportunities, scholarships, and preferential contract considerations to Calista and TKC shareholders. These agreements include a revenue-sharing structure established in the Alaska Native Claims Settlement Act of 1971, which resolved Alaska Native land claims and allotted 44 million acres of land for use by Alaska Native Corporations. Additionally, our long-term commitment to economic development in the Yukon-Kuskokwim region is exemplified by Donlin Gold’s support of TKC’s initiative to launch energy and infrastructure projects in middle Kuskokwim villages. These partnerships, activities, and programs are illustrative of the commitment to the sustainable and responsible development of the Donlin Gold project for the benefit of all stakeholders. 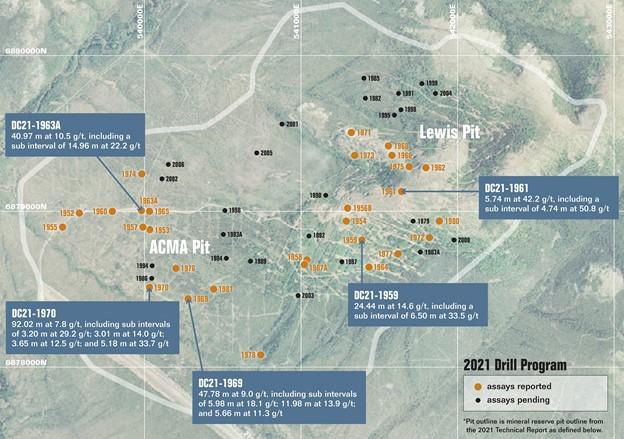