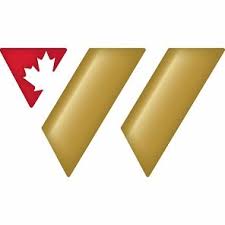 DLV Resources Ltd. (TSX-V: DLV.H) and West Red Lake Gold Mines Inc. (CSE: RLG) are pleased to announce that they have entered into an arm’s length binding agreement pursuant to which DLV has agreed to acquire all of the issued and outstanding common shares of RLG in consideration for the issuance of 0.1215 of a DLV common share for each RLG common share acquired.    Upon closing of the Transaction, it is intended that DLV will be listed on Tier 2 of the TSX Venture Exchange as a Mining Issuer and that the RLG common shares will be de-listed from the CSE.

DLV has agreed to assist RLG with sourcing purchasers for a financing of flow-through shares at a price of $0.0475 per share for gross proceeds of up to $4,600,000.  Completion of the Transaction is conditional upon the Financing being completed on or before August 31, 2022.

The Transaction is subject to customary closing conditions, including regulatory approvals, receipt of required approvals from the shareholders of RLG, to be obtained at a meeting of RLG and the entering into of a definitive business combination agreement by August 31, 2022.    The parties have agreed that upon closing of the Transaction the Board of Directors of DLV will be reconstituted to consist of two nominees of DLV, two nominees of RLG and one nominee to be jointly agreed upon.

RLG is a Toronto-based minerals exploration company focused on gold exploration and development in the prolific Red Lake Gold District of Northwest Ontario, Canada. The West Red Lake Project property of RLG totals 3100 hectares, contains three former gold mines, and consists of 145 contiguous patented, leased, and staked mining claims located 16 km west northwest of the town of Red Lake, Ontario, Canada.   The Mount Jamie Mine and Red Summit Mine properties are 100% owned by RLG and the Rowan Mine property is held in a 69% – 31% joint venture with Evolution Mining Limited. The West Red Lake Project property covers a 12 km strike length along the Pipestone Bay St Paul Deformation Zone and RLG is continuing to explore the property both along strike and to depth.

The technical information regarding the Rowan Mine Property has been reviewed and approved on behalf of RLG by Kenneth Guy, P.Geo., a “Qualified Person” as defined under National Instrument 43-101.