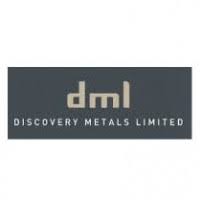 Discovery Metals Corp. (TSX-V:DSV) is pleased to announce the second and final batch of assay results from its detailed underground channel sampling program at the San Jose mine, one of three historic mines comprising its flagship Puerto Rico project  in northern Coahuila State, Mexico. This follows up on the first batch of sampling results from San Jose released on July 18, 2018 (results available at www.dsvmetals.com).

Taj Singh, P.Eng, President & CEO, states, “Puerto Rico is really coming into focus, with two of the three historic mines now completely mapped and sampled. These new results from San Jose continue to highlight the very strong and consistent grades at the Project. The sampling program of the third historic mine, the Puerto Rico mine, has just wrapped up and we are awaiting assay results. The focus will now shift to drill-planning and prioritizing targets for drilling in 2H18. We are also finalizing plans for an airborne magnetic survey at the Project which will aid in drill-targeting and will also help to identify high-potential regional targets surrounding the historic mines’ area.”

San Jose contains approximately 630m of underground drifts and stopes over four levels (from bottom to top: the Chuyon, Haulage, Rope and Upper levels) that span an approximate vertical extent of 50m and cover a horizontal extent of approximately 80m by 80m. All four levels host strongly mineralized mantos, chimneys and faults. Channel samples were collected at 3-5m intervals along both sides of the entire length of the developed workings. The first batch of assay results (71 samples) was exclusively from the Chuyon level (see news release dated July 18, 2018), while the new results released herein are from the Haulage, Rope and Upper levels (157 samples). Sampling methodology is outlined in detail in the Technical Notes section of this release. Sampling locations and widths were restricted to the extent of historic workings. The table below highlights assay results of 15 of the most significant individual channels from the new batch of results sorted by ZnEq (see References section for ZnEq and AgEq assumptions):

Composite channels, composed of 2-3 contiguous individual channels were also taken during the program. The three top composites, sorted based on width x grade, are shown below:

Discovery Metals is focused on discovering and advancing high grade polymetallic deposits in a recently assembled land package of approximately 300,000 hectares over a large and historic mining district in northern Coahuila State, Mexico. The portfolio of seven key properties, all with shallow high-grade silver-zinc-lead mineralization, is situated in a world class CRD belt that stretches from southeast Arizona to central Mexico. The land holdings contain numerous historical direct-ship ore workings with approximately 4km of underground development. No modern exploration or exploration drill testing has been carried out on the properties prior to Discovery’s time on the projects.